Amazon vs Google vs Microsoft: which is the fairest tech giant of them all? 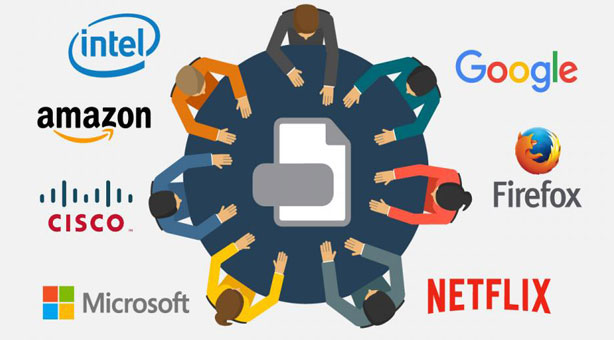 All things considered, today’s a good day to be the billionaire founder of a West Coast tech giant. Shares in Google (well, its new parent company Alphabet anyway), Amazon and Microsoft took off faster than the speediest delivery drone in after-hours trading after all three released positive quarterly results, rising by 10%, 9.5% and 8.2% respectively. But which is looking best?

This wasn’t the only reason investors were happy, of course. Revenues rose 13% (21% at constant currency) in the quarter to the end of September to US$18.6-billion, while net income was up 45% to US$4-billion. Google’s growth in recent years has broadly mirrored that of the internet itself, at least outside of China where its penetration isn’t so strong.  As such, its rude health looks set to continue, though it does face challenges.

These range from the spectre of EU regulatory fines, to Yahoo’s hopes of poaching Apple’s Safari search contract, to the transition from desktop to less lucrative mobile internet use. So far, Google’s ability to capture more traffic (clicks were up 23%) has more than offset the lower rates per click (down 11%), but it’s unclear how long that will continue, particularly given rival Facebook’s leadership in mobile.

To keep ahead of ever-changing times, Alphabet has its other side – driverless cars, drones, connected homes and a whole host of other projects that it hopes will allow it to diversify away from search. The financials for this division will be made public for the first time next quarter, but it’s likely to be a long time before it rivals the search business in a meaningful way – if indeed it ever does.

Founder Jeff Bezos was so happy with Amazon’s second successive surprise profit (US$79-million, compared to a US$437-million loss last year) that he suggested investors ‘bring home a six pack’ – of its discounted Fire tablets, which nicely sums up how sales-focused the world’s biggest online retailer is.

Revenues rose 23% to US$25.4-billion (in constant dollars it would have been a whopping 30% – pesky forex) as Amazon’s range of services widens to include such things as from groceries, one-hour deliveries, music streaming and ‘original’ TV shows featuring Jeremy Clarkson et al.

In both this and its expansion into more international markets (India and Mexico are recent success stories), Amazon is well placed to continue growing its top line at an outrageous rate. While it tends to beat the other tech giants in terms of revenue growth, its bottom line is nothing like as healthy.

The big question for Amazon remains whether it can become consistently profitable without ruining its growth formula. The runaway success of its higher margin cloud business, Amazon Web Services – which grew 78% to US$2.1-billion in net sales – may turn out to be just the ticket.

The fall was driven largely by the rapid wasting away of Microsoft’s personal computing business (Windows, tablets etc), which declined 17% from last year. Don’t feel too sorry for Microsoft though. The reason investors reacted positively was the counterbalancing success of the firm’s cloud division, which doubled in size over the year.

Though Microsoft doesn’t quite match Amazon in this area (don’t feel too sorry for the Windows giant – it’s profits were seventy times higher than Amazon’s after all), boss Satya Nadella sees it as his company’s saviour. In an investor call, he predicted annual cloud sales would more than double again to US$20-billion annually by 2018.

For now, the top spot has to go to Google. It doesn’t have the growth of Amazon or the profitability (yet) of Microsoft, but unlike those two it’s strong in both departments. While both it and Amazon look likely to leave Microsoft behind, in the long run it may be Amazon that pulls ahead, once its cloud division starts bringing home the big bucks. In either case, there’s still some way to go to catch the world’s most valuable company Apple, which doesn’t look like it’s going anywhere any time soon.