An ex-stock broker, Robben Island and an elephant walk into a wine cellar 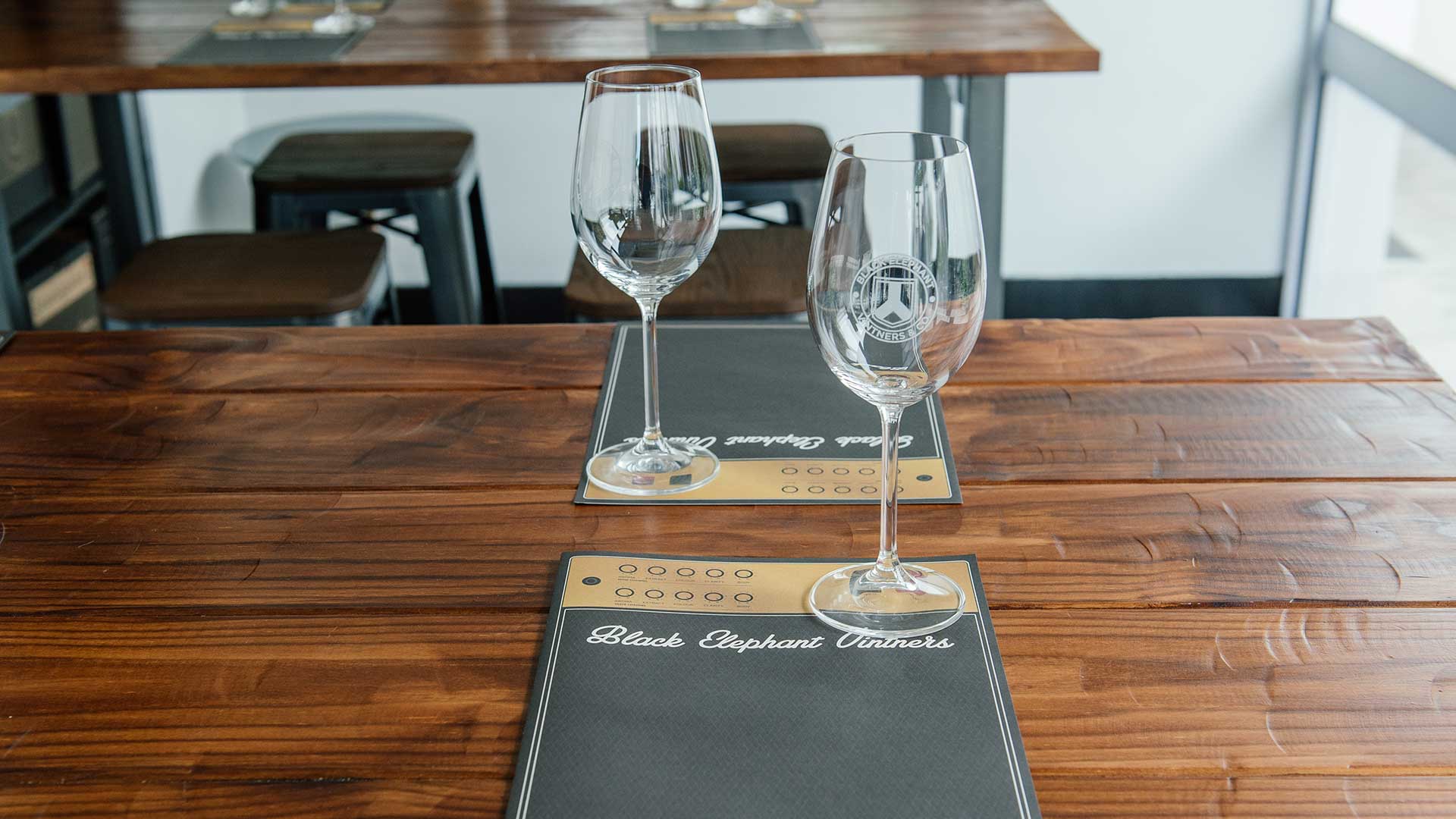 Sounds like a bad joke, right? But Black Elephant Vintners’ rock and roll approach to winemaking shatters the formalities that are often associated with the business. With a philosophy that’s born out a love for wine, this Franschhoek winery offers an eccentric experience that’s slightly out of the ordinary.

Kevin Swart (Afrikaans for ‘Black’) is a man who likes to do things differently. His advent into the wine industry was different, his label designs are different and along with his partner Raymond Ndlovu (Zulu for ‘Elephant’) and winemaker Jacques Wentzel, they’ve created a range of delectable wines, including a food and wine pairing experience that is (you guessed it) different.

A former stockbroker from Johannesburg, Swart uprooted his family and moved to Franschhoek in 2011 where he purchased a charming boutique wine farm on the outskirts of the village. Six months later, his business partner and co-founder of Black Elephant Investment Holdings, Raymond Ndlovu, followed suit of a new life in the laid-back Boland town.

Swart, who was admittedly, “clueless” about the intricacies of winemaking when he arrived in Franschhoek, says that he “fell into the world of wine by complete and fortuitous accident.” But he quickly secured the services of co-partner Jacques Wentzel as BE Vintner’s resident winemaker. With Wentzel’s expertise, Swart set out to introduce fun into serious winemaking whilst capturing the taste and terroir of the Franschhoek valley in their wines.

On a scorching summer’s day, we drive out to the enchanting town of Franschhoek (meaning ‘French Corner’ in Afrikaans). Nestled in between verdant valleys and vineyards, and surrounded by a majestic mountain range, Franschhoek, known as South Africa’s ‘food and wine capital’, boasts a rich history and unique cultural heritage.

As per the invitation, we met at the Black Elephant Wine Studio situated within Ryan’s Kitchen (captained by chef Ryan Smith and wife Lana) right off the town’s main road. There’s an air of calm and peace at Ryan’s Kitchen. The space is beautiful, comfortable and elegant with pale, white wood finishing, stylish upholstery and loads of natural light.

We kicked off with an octopus and apple ceviche, paired with Black Elephant Vintners’ MCC bubbly that sports a sleek black-on-black label design. Swart’s eccentric personality is portrayed in his labels. He explains, “People will judge a book by its cover, so why not wine? The only difference is that the wine needs to be good enough to keep people coming back.” And it is.

With a slight sweet-ish taste that lingers, yet still dry enough to eagerly grab a second (or fifth!) glass, the MCC is a newfound favourite of mine. The octopus and apple ceviche was light, yet firm. With touches of sweet and creamy, the dish complemented the MCC beautifully.

The name of each wine is rather intriguing too. As we made our way through the seven courses, Kevin, who is an affable storyteller, told us how the wines got their names and why.

The popular, Two Dogs, a Peacock and a Horse Sauvignon Blanc tell the story of Franschhoek by placing the bottle on its side and rotating it clockwise. “It’s a tale about the first Dutch and French settlers who called Franschhoek home. There’s also too many ‘Big Five’ animals on wine labels across South Africa. We thought we’d have some fun and include a strange collection of ‘non-African’ animals,” said Swart.

The second wine was the Fox and Flamingo Rosé, but with its ruby red colouring, it’s not a rosé in the traditional sense. With a lingering taste of blood orange and white peaches, including robust flavours like leather, tobacco and bell pepper, this crisp and creamy rosé is rich and intricate. Served with sashimi in a seaweed stock with thinly sliced radishes, the combination was spot on.

Next up was a green pea, gooseberry miso gel that popped, dissolved and released a delicately sweet pea flavour in our mouths. It was served with BE’s Two Dogs, a Peacock and a Horse – a delightful and sociable Sauvignon Blanc.

If my Boland roots taught me anything it is that wine white (and not red!) is preferred for any fish or seafood dish. The Amistad Pinotage was an odd choice for the pan-fried line-fish, mole and coriander taster, but it worked nonetheless.

This 2014 vintage is selected from a single vineyard of Pinotage grapes growing in “Die Perdeskoen” (The Horseshoe) ward of Wellington. With notes of red and black current, chocolate and exotic spices, this wine is a winner for those with a palate for rich flavours.

But it’s the final pairing that deserves the most praise. Braised lamb rib, served with a peanut and spice mixture, was soft and succulent and fell apart at the mere touch of a utensil. Sticky and savoury au jus gravy brought the notes and flavours of BEV’s Amistad Syrah – a peppery, fruity red wine – together in indulgent harmony.

If unconventional is your thing, I strongly recommend you try this exquisite food and wine collaboration for yourself. With details of how each wine is meticulously sources, fermented, blended, tested, matured, bottled and labeled, Swart and Wentzel takes you a journey through the vines leaves and oak barrels of Franschhoek’s history-rich wine culture.

Black Elephant Vintners’ wine and people has the ability to cultivate a sense of appreciation for the finer art of winemaking. “By uncorking wine pretentiousness, we’ll take you down a road you may not have ventured on your own,” Swart concluded.

BEV enjoys a certain ‘cult status’ (meaning it’s not widely distributed or wholesaled). Do you prefer it this way?
KS: Yes, absolutely. At BEV, we pride ourselves on being brand that establishes relationships with people and adds a personal touch and experience. Connecting with our customers in this way is very important for us. We do distribute to the main centers of South Africa, but we’ve also exported to customers in New York, UK, Germany and Denmark. Word of mouth and ‘personal touch’ can go a long way.

What sets your wine apart from the rest?
KS: Our range of wine is handmade with very little intervention. There are no programmes running and we use very little machinery. We only make wine that we like and drink ourselves.

Your label designs are quirky and contemporary. What’s the inspiration behind it?
KS: We think labels are as important as the wine itself. Most first purchases are visual and the purchases that follow are based on the taste of the wine. So, labeling is essential in making that first purchase.

Each wine has a unique story. Which one is your favourite?
KS: Our Daniel Collection ‘Amazing Grace’ Cabernet Sauvignon 2012 was named in honor of my late father. It was his favourite song and my brother’s band, Tree63, recorded a live version of it that we played during the harvest and pressing process.

What value do you get from your food/wine collaboration with Ryan’s Kitchen?
KS: We focus on the wine and Ryan focuses on the food. The idea is that both of us get together to create a better experience for the customer, as opposed to us making the food or Ryan selecting the wine. One plus one equals three. 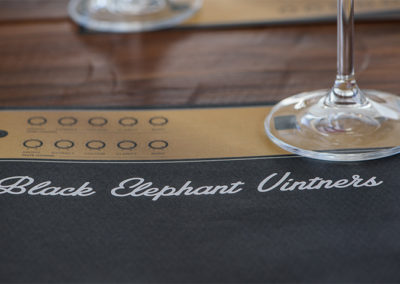 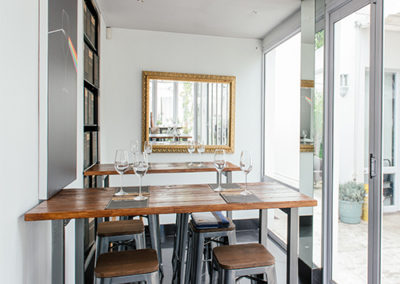 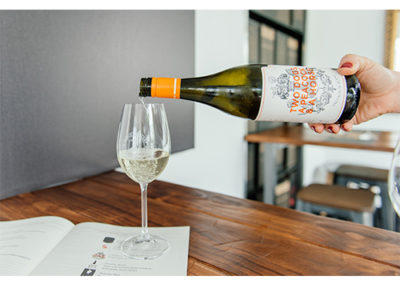 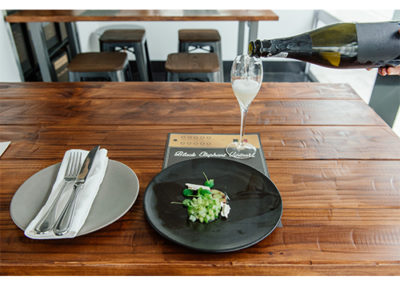 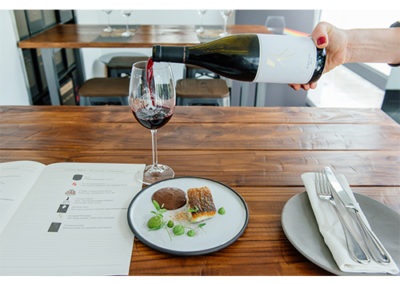 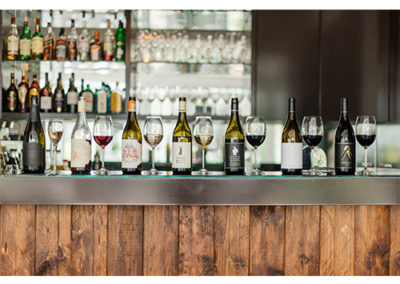