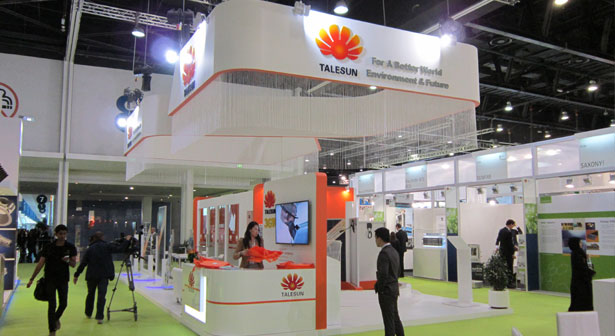 According to the National Development Plan (NDP), South Africa’s population is predicted to rise to as much as 68 million people by 2030. This places a growing demand on public services and infrastructure, and will put the country under increasing pressure to provide utilities to a growing population, according to Arthur Chien, CEO of Talesun Energy.

The increased demand on utilities has directly contributed to the increase in South Africa’s electricity tariffs, which have risen 170 percent over the past five years. Energy Minister, Ben Martins, says that as it stands, the increase in electricity tariffs has had an adverse effect on the growth of the economy, contributing to inflation rises, which may have made certain industries economically unviable and affected service delivery at municipalities. He has also reports that 440 000 small businesses have had to close as a result of the electricity increases.

According to Chien, a population growth is resulting in strong demand in energy, and the developing population is putting huge pressure on the country’s resources.

Jako Volschenk, business and environment lecturer at the University of Stellenbosch Business School (USB), says that with an expanding population comes increased consumption, which is unsustainable, not only in South Africa, but globally too. “In developing countries, many problems which we face as a society, including climate change, poverty and social inequality, is often as a result of population growth.”

However, Volschenk assures that South Africa can solve some of its population issues by generating energy from renewable energies such as solar, wind and even from waste.

Chien says that the challenge is to make the concept of sustainable development a mainstream way of thinking and to find practical solutions that are not harmful to the environment, which is also being negatively affected by the growing population.

“I believe that the answer to the increasing demand for electricity is photovoltaic (PV) power. The earth receives an incredible amount of solar energy each day. With the sun providing a tremendous resource for generating clean and sustainable electricity, without toxic pollution or global warming emissions, solar makes good sense, especially as the cost of PV solar power is so much more affordable than power generated from coal, shale gas, oil or nuclear.”

“According to a report by Frost & Sullivan that compares solar PV to other energy sources, PV energy will be the cheapest power generating technology in the country by 2020. The report also states that PV solar will cost between 74c/kWh and R1.26/kWh to produce power,” says Chien.

He says that in terms of the high prices that consumers and businesses pay for electricity, in both South Africa and Africa, photovoltaic methods offer the most viable opportunity to gain power in a decentralised method, which is a more independent and cost effective solution in the long run.

Chien further explains the benefits of PV: “PV solar generation requires minimal maintenance, has a 25+ year operational lifespan, and has no on-going and unstable fuel costs. PV energy installations are now highly bankable with strong returns for the finance entities,” he concludes.

Volschenk agrees that solar should be one of the key sources of energy for South Africa in the future: “South Africa is one of the best places in the world to generate solar energy, not only PV, but also solar heating and solar water heating. These, in turn, can generate employment at multiple levels in our economy.”

The growth of populations and cities in many African countries is creating new problems and business opportunities all across the continent. The Mega Cities Africa Conference and Expo, to be hosted at the Gallagher Convention Centre from 11-12 June 2014, is Africa’s only event focused solely on recognising potential issues of mega cities, identifying solutions for those issues, and uniting the relevant government and business organisations to make sure the issues are addressed and opportunities are not missed.