Companies must innovate or perish – a global perspective 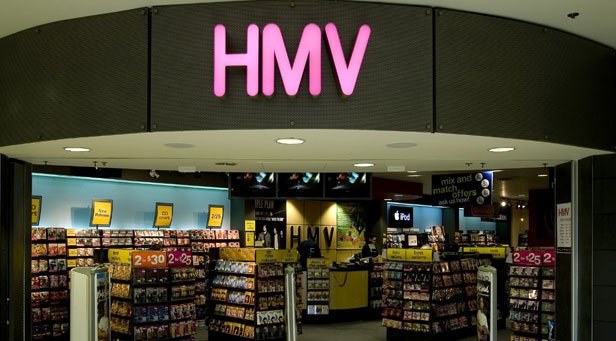 The vital importance of innovation is the key lesson I have learnt from watching HMV join the long list of household brands that have gone to the wall in recent months.

HMV is in good company. Comet, Oddbins, Woolworths, Blockbuster, Jessops, Virgin Megastore, Habitat, Focus, Adams, Waterford Wedgewood, Setanta, Silicon Graphics, Readers Digest, Borders, Game, Lehman Brothers, Bear Stearns, among others, have all gone into administration and disappeared from our social consciousness (apart from a smattering of HMV, Blockbuster and Game stores, which are clinging on for dear life). EMI is being broken up and consumed, Northern Rock has been painted red and the once-all-powerful RBS and Lloyds banks are now shadows of their former selves.

Whilst the demise of the banking sector can be put down to an acute case of hubris and even outright dishonesty, the other failures were caused by an inability to change quickly enough; an inability to innovate. There is nothing inherently new in this. Most of the corporate failures in the past (British Leyland, Polaroid, Rover, MG, etc) came to grief through an inability to adapt to a changing market. What is new is the speed at which companies now need to adapt. In today’s business world, the pace of change is faster than it has ever been and new competitors appear from the most unlikely of places.

Innovation is now more important than ever. If an organisation doesn’t continually innovate, it will swiftly become irrelevant and, ultimately, cease to exist. “That’s all very well in theory,” I hear you say. “But how do I get my business to start innovating?” Here are a few tips:

Don’t be led by dinosaurs

Creating an innovation culture is the key to success and, as with any culture-changing exercise, success starts at the top. The leadership must genuinely see the need to change and be committed to doing things differently. This requires a degree of honesty and analysis that can be difficult for many long-established leadership teams to do effectively. Leaders need to be clear and rational as to why the status quo is not an option, but they also need to be emotionally committed to changing the business – and they must stand firm once the first obstacles start to appear.

Always question your company’s right to be successful

Successful innovators are never complacent. Complacency is the killer disease every CEO needs to inoculate their organisation against. The moment your business becomes number one in its market is the moment you need to work out what you need to do differently in the future. It is easy to change your business when you have a “burning platform” (to coin that well-worn phrase). A true innovator changes their business when they are at the top of their game.

And yet I know of several organisations that have expended so much energy in getting to the top that they find it almost impossible to believe that their battle has only just begun. They want so badly to believe that everything will be fine as long as they just keep doing the basics well. But it won’t. Their industries are changing around them and, if they don’t innovate, they will soon become yesterday’s leaders.

Question your industry’s right to exist

Thanks mostly to the web, entire business models are becoming defunct. Yours may be next. I recommend using rigorous scenario planning to help you prepare for the future and work out how to change your business accordingly. No-one at Encyclopaedia Britannica saw the CD-ROM coming (let alone Wikipedia) until it was too late. The web lacks an authoritative content provider. Could this have been Encyclopaedia Britannica? We will never know.  It’s difficult to change your business model. Just ask any of the companies above. Internet downloads tore the heart out of HMV and they simply didn’t want to believe it was happening. By the time they had made the decision to morph into a more general consumer electronics store, this industry had also moved on so quickly that this strategy too, was unsustainable.

One of the best examples of a company that successfully changed its entire business model is Microsoft. The internet caught this all-conquering giant napping in the mid-1990s. An upstart start-up by the name

of Netscape ruled the fledgling internet and the mighty Microsoft failed to foresee the importance of the web. But as soon as Bill Gates and Steve Ballmer realised what was happening, they acted –investing an extortionate amount on revamping their business to be at the centre of the online world. Microsoft remains one of the world’s largest companies today and innovation is at its core. Anyone remember what happened to Netscape?

Innovate or perish? It’s not too hard a choice when you think about it.