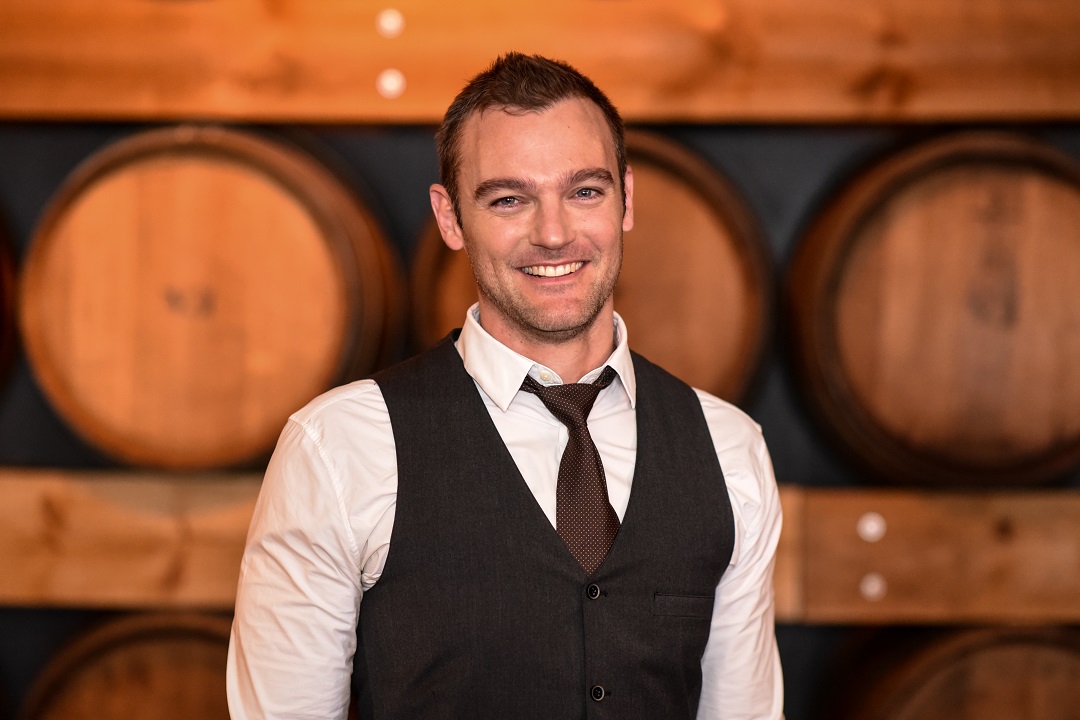 Rowan Leibbrandt’s business, Truman & Orange (T&O) is disrupting the local liquor industry. It’s been four years since inception, and the company is growing around 350% year-on-year. T&O currently employs 35 people, with the goal of having 65 employees by the end of 2019.

Briefly tell us more about yourself and your journey thus far.
I spent most of my career in various part of Europe – the UK, Russia (where I met my wife), France, Germany, Portugal and Greece working for William Grant & Sons and Pernod-Ricard in a variety of commercial and marketing roles. My wife and I decided to return to South Africa to start Truman & Orange basically because I believe SA is the most amazing country in the world and am excited by the possibilities of an emergent African continent.

We (my uber-creative wife played a big role in helping me shape what became T&O) had a vague idea beforehand as to what type of company we thought we needed to disrupt the SA drinks industry, but in effect we launched Truman & Orange at a dining room table, with a mobile phone, connecting with people who were working on brands that we’d come across while living in Europe. I then spent a lot of time in planes flying to see where these curious brands came from, how they were made and to get to know the people who make them, so that we can be sure of their quality and authentic provenance.

What led to you founding your business?
We founded the business with the single-minded mission of offering increasingly sophisticated South African drinkers alternatives to the mega-brands that have monopolised South African bars and liquor store shelves for too long. We sell premium brands with real provenance and authenticity, from interesting places that have a long-standing tradition of making high-quality drinks but which are only being discovered now. All of our brands are authentic, have a story to tell (and are told by those who drink them), are thoughtfully packaged and offer unquestionable quality.

Have you always known that you wanted to pursue a career in the drinks industry?
No, I was rudderless for a long time. I think I figured what I didn’t want to do quite quickly – I studied chemistry at university and being a chemist ended up numbers 1, 2, and 3 on that list. I’ve always liked language, and I kind of fell into advertising as my first job, on reflection it may have been because it felt like the furthest I could get from a chemistry lab. But once I got a taste of working with brands I knew I was where I wanted to be, and my first job client-side was with a Whisky company and I’ve never looked back!

How do you ensure you keep your finger on the pulse of the latest developments in the industry?
I travel extensively – maybe as much as 50% of my time – which gives me an opportunity to keep up to date on trends that are emerging in the drinks category in global markets. I go to all the international drinks events like the Berlin Bar Convent and Pro Wein, and I keep in touch with my network of colleagues I’ve worked with in multinational drinks companies. I listen to three podcasts regularly (probably 4-6 hours a week in total): Econtalk hosted by Russ Roberts, Entrepreneurial Thought Leaders hosted by Stanford University, and The Economist, I think that helps in a general sort of way. I’m a Pinterest nut, new things find their way onto Pinterest before they’ve even launched sometimes, often share by the design agencies that develop them.

What have been some of your biggest challenges and successes?
The crazy country we sometime live in is an unpredictable place – especially if a decent chunk of what you’re selling is imported from faraway places and the ZAR performance matters! But we’re much more focussed on the pros than the cons of operating in a high-potential emerging market – our biggest challenge is probably saying no to good opportunities so that we can be sure we’re executing the critical ones well.

A massive success is our business growth that is counter-intuitive: we are a start-up that is growing at 350% year-on-year over the past four years, in an environment where established companies are going out of business.

Another achievement, that we work hard to propagate, is that if you asked our staff, they will tell you with very few exceptions that Truman & Orange is the best place they’ve worked. This is partly because we’re getting better at selecting people who’ve done their time in larger corporates and who thrive in our explosively high-growth environment. They’re thrilled to be here and glad to have more responsibility. Oh, and the last one is our culture. We have a lot of fun together!

Any advice for aspiring entrepreneurs?
I think my best entrepreneurial advice is to choose a space that you understand. I know there are 18-year old geniuses that have started $1bn companies, but my experience of successful start-ups is that they’re typically started by people with a deep understanding of the industry they’re looking to upturn, and more often than not will have worked in for a few years.

It also goes without saying that you should choose an industry you enjoy. The industry that you’re inserting yourself into colours your whole day so you want to be sure that you’re choosing the right colour.

Who or what inspires you?
I read a lot about other successful entrepreneurs, basically anything I can get my hands on. Ironically I find that by the time I’ve read their story I’m usually left with a sense of how these imperfect managers have struggled through their success, rather than how super-humanly they perfectly executed everything. That’s comforting and inspiring in its own way. Stanford does a podcast called Entrepreneurial Thought Leaders which is a series of brilliant interviews with business thought leaders.

This is going to sound random, but I am fascinated by the human stories that came out of the Nazi concentration camps and the Soviet gulags, and read anything I can get my hands on. I’ve spent a lot of time in both these countries so maybe that’s part of it, but there are some life-changing accounts of people’s experiences in these horrendous environments that can only leave you inspired and impressed by the human spirit. Viktor Frankl’s A Man’s Search for Meaning will change your life, and I don’t say that lightly.

What is the one thing most people don’t know about you?
That thing I did in the summer of 1996. Man that was crazy, I’d never tell anyone about that!

Your personal mantra?
“Not dead. Can’t quit.” It’s a navy seal mantra, and I think it captures the thing that sets a successful person apart from the rest – grit. If they don’t like me using their motto they can come and try stop me.