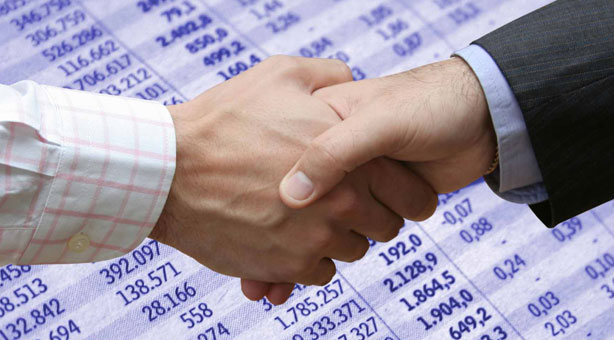 FDI flows to Africa grew 5.1 percent to $23,1b in the first half of 2012 after three consecutive years of decline, according to the UN’s Conference on Trade Development report.

In the fourth quarter of 2012, South African real GDP at market prices increased by 2.1 percent quarter on quarter. The main contributors were the agriculture sector, manufacturing industry, and finance, real estate and business services.

Agriculture, forestry and fishing industry expanded 10 percent in the fourth quarter of 2012, mainly due to an increase in animal products. The manufacturing industry increased 5 percent due to a strong development in the production of petroleum, chemical products, rubber and plastic products; wood and wood products, paper, publishing and printing; basic iron and steel, non-ferrous metal products and machinery; and glass and non-metallic mineral products.

Finance real estate and business services grew 2.9 percent as a result of increased activities in commercial banks and general government services expanded 2.6 percent. Wholesale, retail and motor trade expanded 1.5 percent due to increases in turnover, while the catering and accommodation industry and the transport, storage and communication industry increased 1.9 percent.

The largest industries in the fourth quarter of 2012 were finance, real estate and business services accounting for 21.1 percent of total output, wholesale, retail and motor trade; catering and accommodation industry (17.8 percent), general government services (16.9 percent) and the manufacturing industry (12.4 percent).

SA Reserve Bank Governor, Gill Marcus, surprised economic analysts when she announced a cut in the repo rate from 5.5 % to 5 % July 2012. This was on the back of improved inflation figures and no end in sight for the Eurozone crisis. While Gill Marcus recognised that such a move on its own would not overcome the challenges facing the economy, it was felt that it could alleviate some of the pressures faced by some sectors.

Foreign direct investment flows to SA dropped to 43.6 percent in the first half of 2012 compared to the first half of 2011. However, FDI to the continent as a whole rose by five percent according to the United Nations report October 2012. The decline in FDI to Africa’s biggest economy came during an 8 percent drop in global FDI inflows due to intensified global economic uncertainty, according to the UN’s Global Investment Trends Monitor. As South Africa battled its worst labour unrest, the figures suggested that the country faced increased competition from its fast growing neighbours. FDI flows to Africa grew 5.1 percent to $23,1b in the first half of the 2012 after three consecutive years of decline, according to the UN’s Conference on Trade Development report.

South Africa’s inclusion in Citi’s World Government Bond Index and a continuing hunt for higher yielding emerging market debt has fuelled increased demand for local bonds. The Treasury will target $1,5b from overseas markets over the next three years. Treasury said it would also draw down on its own cash reserves to fill its borrowing requirements. Cash balances are likely to decline to 151,4b in 2014/15 from 194,8b in 2011/12, and increase in 2015/16 to pay redemption.