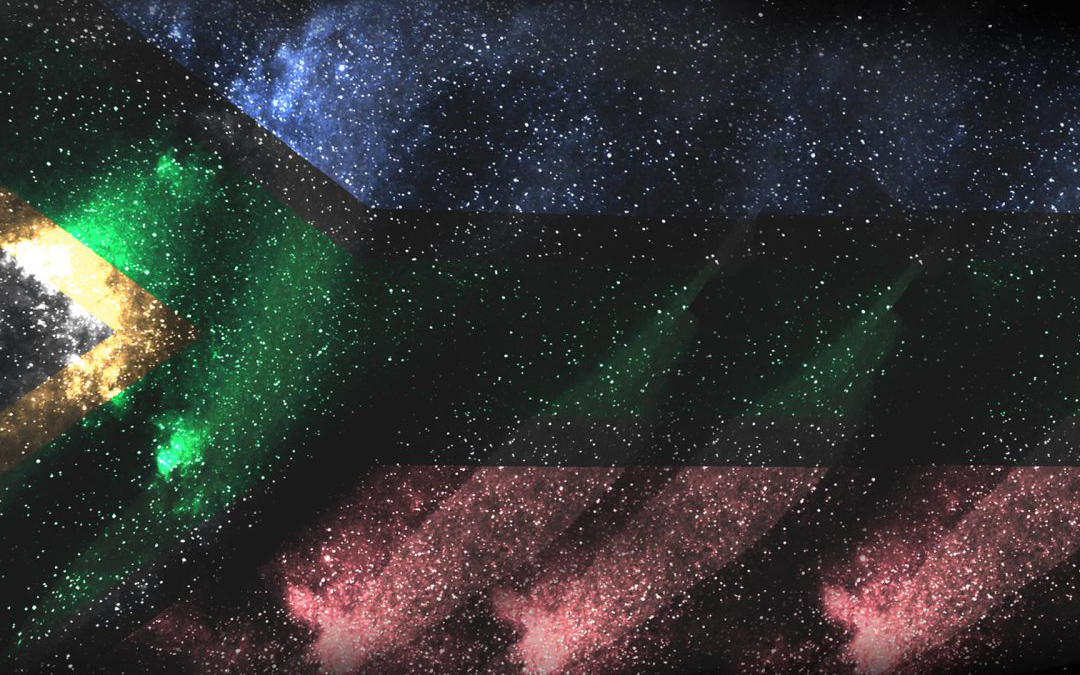 South Africa is brimming with potential. We have much to celebrate and be proud of. But who are our up and coming innovators and thought leaders? This article looks at five rising stars in the fields of finance, technology, science, education and business development. “I want to leave my name engraved in the hearts of people.”

FROM SELLING MUFFINS TO MAKING MILLIONS

South Africa’s youngest self-made millionaire, 23-year-old Sandile Shezi started selling muffins in high school and clothes around his neighborhood. Sandile’s parents wanted him to go to university to study engineering; however he used his tuition money to start investing online and found a passion for market trends, which made learning about trading on the foreign exchange that much more meaningful.

He noticed a gap in the market for educating people in trading on the stock markets. Despite access to trading online being relatively easy, people do not possess the practical knowledge to understand trade. “We saw a gap in the market where brokerage firms have made it easy and accessible for individuals to trade currencies, but people lacked understanding,” he stated. “In a country where unemployment is so high, it is time we start grooming people by giving them skills and I think trading is one of them.”

Sandile is now the founder and CEO of Global Forex Institute, a company that offers training and education for trading on the stock market. People can sign up for a free seminar that includes useful course material which they can take home and review. If prospective traders wish to go into greater depth, another more advanced course is on offer.

Through the Global Forex Institute, Sandile aims to continue to impact people’s lives in order for them to better their own circumstances and simultaneously the South African economy. “When I look at the father of our nation, Nelson Mandela: he might not have been the richest man in the world, but he made an impact in not only South Africa, but the global community, which was incredible.”

The critical lesson Sandile has learnt from starting his own business is discipline. “Discipline is key because you have no one chasing you from behind and you need to know that these are the ideal goals for your company.” CO-FOUNDER OF WEB AFRICA AND CEO OF ACCOMMODATION DIRECT

“First, find friends and mentors that inspire, improve, and motivate you. Second, don’t ever give up!”

Rupert Bryant’s passion for the online realm came about when he first accessed the Internet at 10 years old. “It was love at first sight – I started to teach myself how to code and from there I was pretty much building websites for anyone who would let me.”

He dropped out of school at the age of 14 – it was just not feeding his core interests and – with the support of his parents, to focus on computer networks.

After running his own business specialising in web development, he realised that there were more opportunities for scalable success in web hosting. “Eventually, I realised that there was more business opportunity in the web hosting side of web development,” he says. And so, at the age of 17, Rupert joined his close friend Matthew Tagg as the co-founder of Web Africa, which is now a US$11-million a year business and SA’s largest independent Internet service provider (ISP). It has 120 employees, 51 000 customers and 1.45-million services sold. “Africa is very profitable. The ADSL side is competitive, which is good because it keeps us honest. It’s a capital-intensive game to deploy fibre and put infrastructure in place for that.”

In 2013 Rupert joined Accommodation Direct as their CEO (whilst still continuing in his capacity as non-executive director and shareholder for Web Africa). The company is an online accommodation portal giving users access to over 10 000 holiday homes and vacation spots across Africa – and combines Rupert’s twin passions of technology and travel. “We’ve focused on the customer and making the user experience really exceptional,” he says. “The website is designed around the ‘mobile- first’ strategy given that seven out of eight million Internet users are accessing websites through their mobile phones.” With each booking, Accommodation Direct takes a small host fee but for Rupert, the money isn’t what gets him up in the morning. It’s his passion for the power of the web that does – and the dream of one day navigating around the world (once he learns how to sail!).

As a leader in industry, making Forbes Africa’s list of promising young entrepreneurs under 30 last year, Rupert’s best entrepreneurial advice is that people should steep themselves in what they are passionate about and surround themselves with people who are inspirational. FOUNDER AND CEO OF REKINDLE LEARNING

“It’s about really finding something that you are passionate about and exploring it further.”

ONE OF 15 WOMEN CHANGING THE WORLD

In 2005, Rapelang Rabana graduated from the University of Cape Town with a Bachelor of Business Science in Computer Science. Today, she is a technological entrepreneur who is making a change in South Africa’s education sector via e-learning. Rapelang first started bridging the digital gap when she founded Yeigo Communications, which provided Voice over Internet Protocol (VoIP) applications and allowed for companies to communicate via mobile technology at affordable rates. Smartphones were not readily accessible so the telecommunications Telfree Group in Switzerland noticed Yeigo Communications’ capabilities and became the company’s main stakeholder in 2008.

“The main thing I think I have done differently is that I have tried to be authentic right from the beginning,” she said in an interview. “From high school to university, I’ve been looking for something that I can invest my time and energy into. That led to me starting a business, because I needed to find an alternative route to express what I really wanted to do.”

Rapalang then started and funded a new company called Rekindle Learning, with the same intention of minimising the digital divide in South Africa. Rekindle Learning puts an innovative twist on traditional learning methods like textbooks, seminars and workshops. By repackaging content into easily digestible chunks, learners are able to access and retain information. What makes Rekindle Learning especially unique is that it stimulates interaction through questions, curates content based on what the learner gets correct – and above all, it’s an ongoing learning process. Their clients range from school pupils to corporate companies.

As a leader in the ICT sector, Rapelang is an Advisory Board member of Grindstone Accelerator (which assists with small business development) and is the chairperson of Ubuntu Africa Child Healthcare (supporting children with HIV/ AIDS). She was on the cover of Forbes Africa in 2013, is an Ambassador and Juror for the United Nations World Summit Awards, as well as a Harambe HEA ’13 Associate. In 2015 she was named on the World Economic Forum’s website as one of 15 women changing the world. “I’ve been analysing problems since the age of 15 or 16, trying to figure out how to save the world – and if that’s even something that is possible. How do you make the world better?”

In Grade 11, Ludwick Marishane thought of something that would contribute to making society a better place for the people around him. Given the dearth of sanitation and hygiene facilities, which are often a facet of poverty, Ludwick invented DryBath Gel. The product acts as a substitute for running water and soap, basic necessities that many people living below the poverty datum line do not have access to. By simply applying the gel it removes odour and dead skin cells without needing a large amount of water to rinse it off. Ludwick’s idea has been a huge success because it aimed to solve “real problems” instead of “money problems”.

Solving real problems is the foundation of Ludwick’s company, Headboy Industries, which provides impactful solutions to people who experience socioeconomic inequalities. “I’ve been analysing problems since the age of 15 or 16, trying to figure out how to save the world – and if that’s even something that is possible. How do you make the world better?” he said during the Citadel Inspiration Indaba last year.

Starting out, Ludwick faced his own real problems, especially when it came to startup capital for his business. “When I finished high school, I needed R1-million for my business, but no-one would give it to me,” he said in an interview. “At the time I was really frustrated but, in retrospect, I realise that
it would have been the worst thing anybody could have done for me. The reality is that I didn’t know how to handle that kind of money because I had no entrepreneurial experience.”

Headboy Industries prides itself on a specific business philosophy that Ludwick himself lives by: to be mindful when making decisions and carrying out actions. “Being mindful is the discipline of paying attention to the task, problem or experience at hand.” As an entrepreneur, Ludwick continues to influence change in society and seek new ways to impact people’s lives.

“Our company is focused on social impact innovation – we are all about ideas we can use to add value to people’s lives,” he says. “The strategy is to develop products and then sell them when they are economically viable.” “Do what you love and the world will love what you do… I did not achieve this because I am smart, but because I never give up.”

A ROCKET SCIENTIST WITH A PLANET NAMED AFTER HIM

Many eyes were on South Africa’s democratic election pamphlets that were spewing out of a Cessna airplane in 1994; but a young Siya Xuza’s gaze was fixed on the airplane itself. That moment “ignited a curiosity for science and a passion for using technology to engineer an African renaissance”.

At just five years old, Siya immersed himself in books about airplanes and rockets. “As I’m reading about space, I discover that the biggest planet in the solar system is Jupiter. And when I discovered it at five years old, I decided that I wanted to go there,” he says during a speech at the 2015 Academy in Nigeria. “Everyone looked at me like I was crazy. But that is the beauty about being young: you don’t know the difference between what is possible and impossible.”

After testing the various effects of rocket fuel at home (going as far as blowing up concoctions in his mother’s kitchen), making a science project out of it, then winning gold at the National Science Expo as well as the Dr Derek Gray Memorial Award, Harvard University was all too thrilled to give Siya a place in one of their engineering programmes.

“How do you take the tools of innovation and forward-thinking leadership to move your path to a new growth trajectory?” he asks. “As Africans, we need to stop making excuses as to why we can’t accomplish great things. We can no longer complain about a lack of infrastructure and financial resources. The long journey to innovation has failures and it’s in those moments of failure that we must ask ourselves: do we keep moving forward or do we simply give up?”

Siya’s project which aimed to manufacture more cost effective rocket fuel created even more of a hype, not only in South Africa, but from various leaders and organisations around the world. It caught the attention of the King and Queen of Sweden, was validated by the Lincoln Laboratory (which has strong ties to NASA) and won the two most prestigious awards at the Intel International Science and Engineering Fair. The Lincoln Laboratory honoured Siya by naming planet 23182 in the asteroid belt near Jupiter after him (Siya Xuza). Which goes to show that some dreams do come tue.