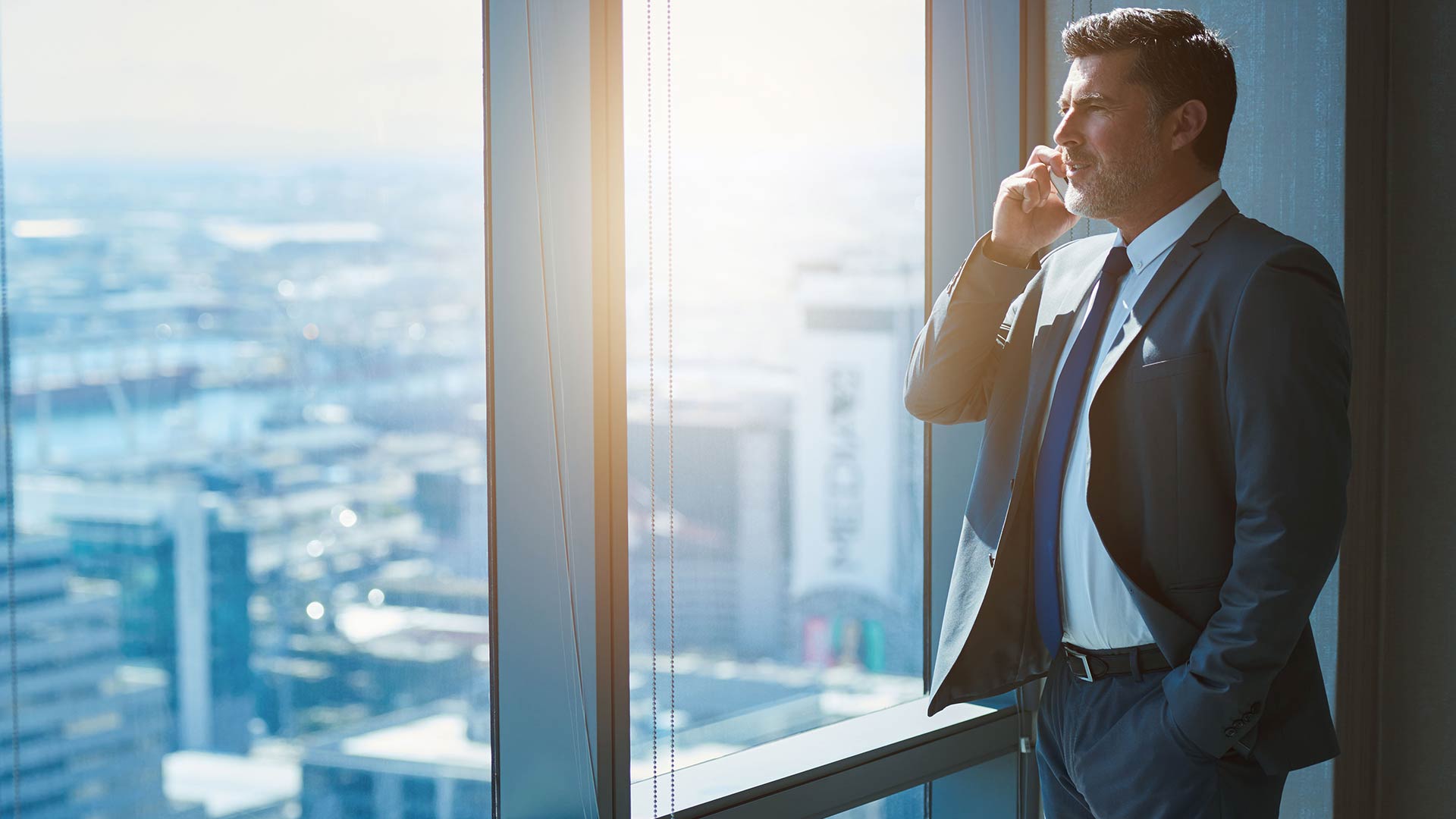 Several years on from the financial crisis, CEO confidence is on the rise – although it still has some way to go back to the levels from what we saw in 2007. Across the globe, there are signs of optimism despite mixed views on how the global economy will respond to the recent US presidential election results, as well as the outcome of the UK Brexit vote.

These are some of the highlights from PwC’s 20th Annual Global CEO Survey, 2017. The global survey results, based on interviews with more than 1 379 CEOs from 79 countries, were recently released at the World Economic Forum annual meeting held in Davos. In South Africa 36 CEOs from a broad spectrum of listed and privately owned companies participated in our survey.

The survey aims to inform and stimulate the debate on how businesses are facing today’s challenges.

Our 20th Global CEO Survey explores what CEOs in 2017 think about three imperatives:
1. A people and technology strategy that is fit for the digital age
2. Preserving trust in a world of increasingly virtual interactions, and
3. Making globalisation work for everyone by engaging even more with society and collaborating to find solutions.

The challenge common to all three imperatives is leadership. In a time of heightened anxieties and challenges juxtaposed with the highest level of transparency we have experienced, how leaders engage with employees and stakeholders has never been more important.

Since the inception of our survey, the definition of ‘trust’ has also significantly changed. The days where the CEO of an organisation was rarely accessible to customers and staff are gone, as are the days where the consumer had little sight into how a product was produced and a supply chain crafted. Today, executives need to fully comprehend and grasp the ethical implications of their decisions and communicate their actions with integrity.

Optimism and concerns of CEOs

The findings of the survey show that CEOs continue to remain concerned about economic and geopolitical uncertainties. Over-regulation and skills shortages remain at the top of their list, and apprehension about the speed of technological change have also risen over the past few years.

Despite a number of concerns about economic and geopolitical uncertainties, CEOs all over the world have become surprisingly optimistic. In late 1997, when PwC conducted its first survey, only a third of the participants were very confident about their company’s long-term growth for revenue.

At that time companies were riding the wave of an extraordinarily bull market. By contrast, this year just over half of CEOs (51%) are extremely positive about the long-term prospects for revenue growth.

The survey results also show that 38% are very upbeat about the immediate outlook, up from 35% last year. In South Africa, 91% of CEOs are very confident of their company growth over the next three years. Just over one-third of local CEOs are very confident of their company’s own growth in the next 12 months, 4 points down on last year, and 5 points below this year’s global average.

The question arises as to why there is optimism. Our survey suggests that CEOs have to contend with a number of stormy conditions; so perhaps many have had to adapt to the uncertainty. Another suggestion could be that CEOs have learned to look for the upside and seize on the opportunities uncertainty brings. CEOs are acknowledging that it is not enough to merely focus on organic growth and cost reductions alone, important though these are. Many of them are prioritising investment in innovation and digital capabilities.

The forces of globalisation and technology are increasingly transforming the world. Robots are entering the services arena; 3-D printing can be used to make cars and aircraft; biotechnology will change the way we grow crops, produce food and manufacture medicines; and nanotechnology and artificial intelligence will affect numerous industries.

Given these advances, it is hardly surprising that people are apprehensive regarding technology. This year, PwC surveyed more than 5 000 members of the public in 22 countries to identify what they think about many of the same topics that were raised with CEOs. Our findings show that 79% believe technology will cause job losses over the next five years.

A number of experts also believe that technology could replace humans in a number of sectors, although when – or whether – that day will arrive is a matter of debate.

Clearly, CEOs see the value of marrying technology with uniquely human capabilities. The skills they consider most important are those than cannot be replicated by machines. In fact, they are precisely the quality required to stimulate innovation – the area CEOs most want to strengthen to capitalise on new opportunities.

Another reason why organisations continue to need people is because of the time it takes to adopt new technologies. It is interesting to note that in our first survey, 20% of CEOs thought e-commerce would completely reshape competition in their industries. This may seem like a small percentage, but they were not far off: 27% of the CEOs in our recent survey say technology has transformed the competitive environment in the last 20 years.

The regulatory environment can also be a big factor. For instance, some of the world’s largest manufacturing exporters, like Brazil, have been slow to adopt robotics, largely because of stringent labour regulations.

By and large more variable activities will be much harder to replace. And even where jobs can be fully automated, some will remain in human hands because companies need people to understand what consumers want, including how they interact with technology and the products and services they desire.

Moreover, technology is nowhere near able to replicate every job or every aspect of a particular role. Technology creates opportunities and new jobs – jobs for people who can design, monitor, maintain and fix technology. The interaction between man and machine is able to generate more value for business than either are able to alone. It also makes the work place more interesting and purposeful.

How are CEOs addressing the skills issue?

CEOs are wading through much wider waters. A significant number promote diversity and inclusiveness; they seek the best people, no matter who or where they are; and move employees to where they are needed. Just over three quarters of CEOs have also changed their talent strategies to reflect the skills and employment structures their companies will require in the future.

But new strategies to find people and develop them will no longer be enough. The whole system within which people work will have to be considered. This includes reinforcing mechanisms like pay and reward, and performance enhancing mechanisms, such as coaching and feedback. It will also be important to help people to manage the impact of challenging environments, appoint executive teams that reflect the diversity pool and create a purpose and culture that inspires people.

In addition, the private sector will need to engage collaboratively with government, education and vocational institutions, as well as employees to relook and redesign the workforce.

Twenty years ago it was relatively easy for organisations to determine in which markets to look for growth. CEOs saw the emerging markets as an opportunity for successful growth. Our research shows that more recently CEOs have turned to a broader mix of countries for opportunity. According to our survey, there is a reason for this approach: the opportunity-risk profiles of different countries are becoming more changeable, determining the need for carefully considered growth strategies.

The US remains top choice for CEOs but it faces a number of challenges as it redefines its role on the world stage. Although the UK is still a popular choice, it will have to contend with much uncertainty as it exits from the EU. CEOs have become less enthusiastic about investing in Brazil, India, Russia and Argentina.

New York, Tokyo and London were also identified as the most important cities to an organisation’s overall growth prospects over the next 12 months.

Twenty years ago, trust wasn’t high on the business agenda for CEOs. Since then, the financial crisis of 2008 has placed trust in the spotlight. The impact on CEOs has been significant. In 2013, 37% of CEOs worried that the lack of trust in business would harm their company’s growth. This year, 58% of CEOs globally worry that a lack of trust in business will harm their company’s growth.

Every decision and action that business leaders take has a bearing on trust. Stakeholders are increasingly interested in what businesses do, as well as how they do it and why they do it. This year, our survey focuses on how technology has exacerbated the challenge.

After several high-profile technology and security issues for big companies, CEOs identified cyber security, data privacy breaches and IT disruptions as the top three technology threats to stakeholder trust. More than half of South African CEOs (58%) cited risks from the use of social media, 53% cited breaches of data privacy and ethics, and 50% cited cyber security breaches as concerns.

Globally, CEOs think it’s become more important to run their companies in a way that addresses the expectations of stakeholders and to establish a strong corporate purpose that is reflected in their organisation’s value, culture and conduct.

For the past 20 years CEOs have largely been positive about the contribution of globalisation to the free movement of capital, goods and people. However, this year’s survey respondents are sceptical that it has mitigated climate change or helped create full and meaningful employment to close the gap between rich and poor.

The disruptive nature of recent events has shown us how they have impacted organisations and CEOs. The political, social and economic systems within which companies operate are coming under increasing strain; indeed many stakeholders and other parties view them as part of the problem.

CEOs that took part in our survey were asked how they thought the corporate community could work with others to stimulate change in areas where globalisation hasn’t produced positive results.

The vast majority of CEOs say that the best way for business to spread the benefits of globalisation is to have more and better collaboration with government. There are a number of instances of successful corporate collaboration with multilateral institutions to deliver social improvement.

An example is the UN Global Compact to advance broader social objectives like the Sustainable Development Goals. A number of smaller platforms for multi-stakeholder engagement have also recently come to the fore, some of which are spearheaded by the private sector.

Another suggestion is to make use of technology for social benefit. For instance, technology could be used to provide access to continuing education.

Overall, the interests of shareholders and other stakeholders are becoming increasingly interconnected. Going forward, tomorrow’s business leaders will need a different set of skills – they will need the ability to give and receive feedback. In addition, they will also have to collaborate more widely and embrace more decentralised decision-making.