How to crack the American market 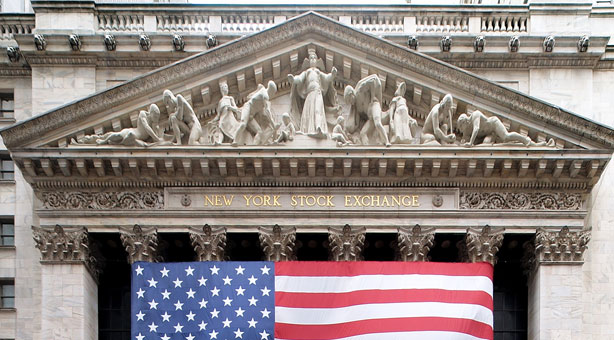 Plenty have failed in their attempts to cross the Atlantic, but the potential rewards for success are massive.

The US is a potentially bountiful market for almost any business. Its consumers speak our language (sort of), it has relatively free markets and it has the largest economy in the world – at least until the Chinese catch up. But America is also a notoriously difficult nut to crack.

According to a recent study by Fedex, small businesses regard it as the third hardest major market to break into, only behind China and Russia. The US is vast and diverse, its businesses are ruthlessly competitive and the cost of compliance can be very high. Things might get easier if and when the so-called TTIP deal is finally agreed, but it pays to be prepared if you want to go and flog your wares to Uncle Sam.

The US has a population more than five times the size of the UK and a landmass around 40 times as large. That makes a nationwide launch extremely difficult. “You can’t be everything to everybody and as a result of that you need to really understand where you’re going to target,” says Stephen Carson, international business development director at Burton’s Biscuit Company, which makes and exports Cadbury’s chocolate fingers to the US. “The US is so big that you may consider a regional launch like the east coast or west coast.”

‘The US is an enormous place,” adds Nick English, co-founder of watch company Bremont, which has been exporting across the pond since 2008. “Each state has to be treated almost as a separate territory. You realise that marketing to the north-east of America will have very little impact on California for example.”

Generally speaking, one thing that’s absolutely crucial to get right is customer service.

“Over here they seem to be surprised when they get good customer service,” says Rupert Hunt, founder of SpareRoom, an online start-up that helps people find flatshares, which expanded to New York in 2011. “Over there, they very much expect it.”

“Americans, in general, are very positive and optimistic consumers so think carefully about your marketing and the use of humour,” adds Spencer Mahony, HM Consul and regional director for the USA’s east coast at UKTI, the government department responsible for helping exporters. “Brits are known for being a bit tongue-in-cheek, but know your target audience before using humour.”

“When conducting business, steer clear of giving a political view, anything religious or anything negative about the US.”

There’s lots of cultural variation within the US too. “It’s easy to consider all Americans as similar, but they’re as different as the entirety of all Europeans in cultural experiences, backgrounds, norms, families etcetera,” says James Berkeley, a business growth expert at Ellice Consulting. “It’s that diversity issue that people need to get their heads around.”

It should go without saying that you need a thorough understanding of your target market – both your consumers and your competitors. UKTI might be able to help cover some of the cost of your market research.

GO FOR THE LOW-HANGING FRUIT

You might already know a potential client in the USA, even if you don’t realise it yet. “We wrote to all of our top 10 clients asking them for information about their parent or sister companies,” says Rowan Crozier, CEO of Brandauer, a manufacturer of precision metal components. “As a result of that we got the opportunity, not for all of them but for some of them, to pitch for contracts in the US and subsequently secured them.”

Optimism is important but there’s every chance your American adventure will fail – the US has defeated a long line of British companies, including Tesco and WH Smith. That being the case, it’s important to limit the risks by keeping costs to a sensible minimum.

For a service-based company like SpareRoom, you might think having an office in New York would be absolutely vital. But doing so carries big costs, not just direct ones like rent and salaries but also the cost of complying with a totally different set of employment laws and tax codes. “What we did do is get some freelance workers over there who help run our events,” says Hunt. A PR firm helps promote the service to New Yorkers and advises SpareRoom on how to present itself to American consumers.

HAVE A LAWYER ON SPEED-DIAL

Americans are famously litigious, so unless you want to get sued then you need to be confident that you’re complying with all laws and consumer regulations. Sometimes that’s as easy as changing the type of flour you use (as in the case of Burton’s Biscuits), but it’s not always straightforward. “It did require quite a lot of legal advice and research to get right,” says SpareRoom’s Hunt. ‘There are not just US laws, there are also laws in each state and even county-level laws.”

Not every American expansion is destined for success and history is littered with British firms that have tried and failed. But you can maximise your chances by living within your means, learning everything you can about your target market and remembering that service should always come with a smile – even if it is sometimes through gritted teeth.