How to maintain your company culture in a fast-growing business 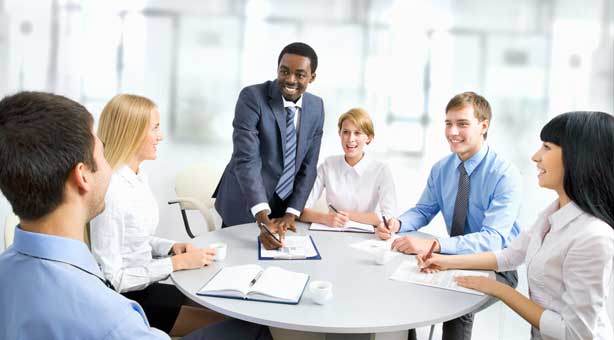 For many entrepreneurs, the culture they have built into their business is the reason they get out of bed in morning. But just as important is culture’s role in retaining your top staff – who may have left drab corporate offices for the express purpose of joining a business which does things a bit differently.

“The individual has a basic psychological need and that’s one for belonging – for identity,” says Paul Heugh, the CEO and founder of strategy consultants Skarbek Associates. “A strong culture helps fulfil that need for that identity, that sense of belongingness – ‘I’m part of something bigger than myself.’ That creates the positive conditions people need to flourish.”

Zappos CEO Tony Hsieh famously offers every new hire R23 000 to quit after their first month – the logic being that if they’re willing to quit for a bit of cash then they obviously don’t care about the job enough. You might not want to go that far but there’s some things you can do to maintain the culture you want as the business grows.

Before trying to preserve your culture, you obviously need to think about what it actually is. This should be more than just a few buzzwords like openness, accountability or innovation. Think about what it is you like about the way your business works, and how that manifests itself in real terms.

“If you’ve got a really good sense of your culture then it helps leaders within the organisation to lead effectively,” says Heugh.

Of course good culture isn’t something that’s definitive and easy to pin down; so don’t lose any sleep if you can’t define precisely every single thing about how people in your business need to think. You need to bear in mind that no culture can be static – as you create new departments, open new offices and get investors on board, things are never going to be exactly as they were when your office was your kitchen table.

Mikkel Svane is the CEO and founder of customer service tech company Zendesk and author of the book Startup Land. He founded the company in his Copenhagen loft in 2007; it’s now based in San Francisco and employs around 800 people in several countries, including the UK.

“We pride ourselves in having a good culture in the company and we talk about how we can preserve that as we’re growing,” he says. “But personally I believe that culture is reflection of the people in your organisation. That makes culture a living thing – a living organism – that will change over time and will change with the number of people and the teams that you put in place. The culture needs to mature and evolve too.”

Unsurprisingly the consensus seems to be that the most important tool in keeping a healthy culture is hiring – it’s a lot easier to get the right people than it is to mould the wrong people into the right shape.

“We’ve not had a problem recruiting people with the right industry skillsets,” says Dave Floyd, co-CEO and co-founder of Bullitt, which makes mobile phones and audio products for brands such as Caterpillar and Ministry of Sound. “The difficulty is assessing how they fit within our organisation and what we’re trying to create.”

“Ensure your hiring managers know what a cultural fit looks like for your culture,” says Titus Sharpe, CEO and founder of marketing agency MVF – which was named Britain’s fastest-growing tech business by The Sunday Times in 2013. “We’ve got six thing we look for in people – the most important thing we look for by far is energy. They’ve got to have that trait otherwise we don’t hire them.”

If you’re bringing lots of new people on board then you need to take the time to communicate to them what you’re all about and how the culture should be.

“We don’t want people to forget where we’ve come from and how we got going,” says Floyd. “That history is really important to us.”

That’s why Bullitt is introducing new induction sessions to get people into the spirit of things. “We’ll be getting all new starters together for half a day and the three CEOs will spend the time going through the culture and where the company’s been,” says Floyd, though he admits, “It’s a constant thing – we can’t just spend half a day with people.”

“We’ve installed town halls – you stand up monthly and talk to everyone face-to-face,” says Sharpe. “That has a huge impact. We’re also trying to do big events that are across the company with the directors in attendance.”

Even businesses employing scarcely more than a few dozen people can end up with groups of staff who have no reason to interact with each other ever, something HR types sometimes refer to as a silo mentality. This can weaken a company’s culture as it means staff don’t feel like they are all part of the same crowd.

Culture is always changing so there’s only so much you can do to keep a close check on it. However, hiring the right people, keeping in touch with your staff and encouraging them to interact with each other is a good start.