How to manage change in a fast-growing business 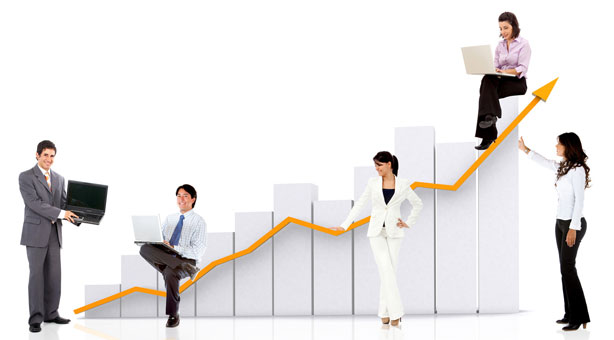 Your company needs to evolve as it takes on more staff and clients.

It should go without saying that larger businesses function in a different way to smaller ones, but the transition between the two is a long and complicated road. If you’re a small company planning for rapid sales growth and an expanding workforce, you need to gradually introduce more complex processes and management structures – and your own role as a founder is likely to change as the business grows as well.

‘When businesses grow everything changes – absolutely everything has to change as you go up,’ says Stephen Dann, an entrepreneur and growth coach with the government-backed GrowthAccelerator scheme. ‘What works when you’re five guys in a basement no longer works when you’re 150 people on three floors, or three sites or in three countries.

When you start out you’ll probably have to juggle the roles of accountant, marketer, salesman, recruiter and office manager. But as you get bigger it’s necessary for each employee to become more specialised – probably starting with the finance chief.

‘There’s an absolute need early on to say there needs to be a dedicated finance person, who’s more than just a bookkeeper,’ says Dann. ‘There’s a point in the journey where absolute clarity over who is responsible for sales is really, really important. There’s a point when HR can’t be part of someone’s job, it has to be their whole job.’

It’s probably best not to rush this though – most businesses of 10 staff don’t need a specific chief creative officer or a head of strategy, but getting the key business functions nailed is paramount.

In a small company where everybody knows each other well, you don’t need to come up with in-depth HR policies or induction processes for new staff. But as your organisation gets more complex, you need to make it clear how everybody needs to work together.

‘We’ve tried to retain the dynamic, entrepreneurial culture of the business by thinking about how we establish and disseminate behaviours that we believe in, rather than just applying processes and micromanaging,’ says Jason Goodman, CEO and founder of creative agency Albion, which employs 90 staff.

‘A key thing is ensuring people have the opportunity to experience these in action and structuring the business so people can learn from the experience of others. Albion has been built on an entrepreneurial spirit, and while processes have to be put in place as we’ve scaled, we still push for our people to take responsibility and take real ownership of how they work.’

As Goodman implies, it’s important to balance making your structure more formal with maintaining the culture that you want your business to have.

At the early stages your board meetings will be an extremely lonely affair, but there comes a point when you need to think about putting the right governance structures in place – especially if you’re planning to bring on substantial amounts of outside investment.

That doesn’t mean immediately building a full board of half a dozen non-exec directors, a chairman and a company secretary, but taking things one step at a time. ‘Most SMEs have got somebody who they use to bounce a few ideas off,’ says Roger Pemberton, a business advisor, with Action Coach. ‘Once it starts to feel as though the owner can’t keep in touching distance of all that’s going on, I think a non-exec becomes quite useful to help see the woods for the trees.’

‘By the time a business reaches 20-odd people, and maybe earlier, it’s a good idea to have a non-exec in the background there, and by the time you reach 50, absolutely,’ adds Dann. ‘That’s about making sure the business has a strategy. They make sure the management is delivering on that strategy and they monitor governance and risk.’

Think about your own role

It might be that you can’t even fathom the idea of ever handing over the reins, but for a lot of businesses there comes a point where it’s worth thinking about bringing in someone more experienced to handle the day-to-day running of things.

Of course, there’s plenty of founders who have gone on to remain CEO after their business went stratospheric – like Amazon’s Jeff Bezos and Facebook’s Mark Zuckerberg. But if your passion lies in the technology you’re making, the products you’re designing or the brand you’ve been building then it might make sense for you to step back and focus on what you’re good at.

‘Some of the best entrepreneurs are those who realise they need to employ people to do the things they’re not good at and concentrate on the bits where they add the most value,’ says Dann.

Many entrepreneurs are good at keeping their head when their business is growing in leaps and bounds, but others will need to consider stepping back – whether that’s to play a more strategic role or to exit altogether.