In the loop with Coaching Circles 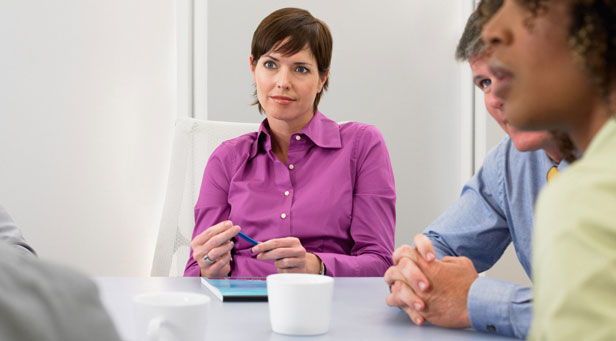 New research shows that Coaching Circles are emerging as the natural successor to action learning as the best way to develop people and build strong, resilient organisations. By Janine Everson and Craig O’Flaherty.

Ask any HR professional what their number one concern is and they are likely to tell you: talent – how to recruit it and how to develop it. Organisations today demand leaders and managers who are adaptive, resilient and intelligent and able to solve complex problems under extreme pressure and it is getting harder to find and motivate people who are up to the task.

In South Africa, with large numbers of under-skilled people entering the workforce – combined with intense competition from international business, the challenge is even greater.

One organisation that is doing something novel in the talent war is Absa. The bank is in the process of rolling out an ambitious coaching programme for its African operations that is using Coaching Circles to develop and motivate its managers and high potential employees whilst they learn how to coach others.

Coaching Circles is a relatively new modality that has been around for less than a decade. They involve groups of managers working together to coach and dialogue with each other in a supportive environment as each in turn raise a challenge that they are struggling with in the workplace.

In essence, the Absa project seeks to develop an army of in-house coaches who are not only themselves on a coaching journey and a development path – but are able to manage their teams more effectively by using coaching techniques as well as provide one-on-one coaching to other employees from other divisions within the bank.

The approach is paying dividends for them. New research from the UCT Graduate School of Business, which used the project as a case study, shows that it is having a remarkable impact on the organisation. Managers who participated in the 18-month Coaching Circles programme reported increased empathy, tolerance of others and self confidence, which translates into a more harmonious workplace with better business outcomes.

Action learning has been recognised since the 1950s as one of the most powerful, action-oriented problem solving tools available to organisations. It almost always involves small groups of people solving real organisational problems in real time. The key to its success lies in the fact that it creates safe spaces, which allow people to participate and ask questions. Coaching Circles do this and more.

Evidence from the GSB study revealed that 90% of participants felt that the Coaching Circles offered the ideal space to make mistakes and be corrected in a safe environment; while 100% thought that it enabled them to develop a sense of camaraderie and teamwork; and 100% felt they developed more self awareness along with better listening skills and skills to ask the right questions of others.

How this translates into organisational benefits is simple: Expanded networks and greater tolerance across the organisation leads to better teamwork, communication and problem solving.

“Participants described how they were able to develop empathy for the people they coached during the process, how they learned to be more tolerant of others and self-aware, and how they had been given the opportunity to form stronger friendships with people from outside their departments,” says Barsch.

Coaching as a business tool

When making coaching an integral part of a business strategy, whether to develop competencies, leverage diversity or retain talent, the GSB study highlights three keys for success. Firstly, cycles of action – processes of action, reflection, and learning that focus on reality – have to become embedded in the coaching programme. Secondly there has to be constancy between observance of behaviour and real-time feedback. Thirdly, the capacity to ask in-depth questions has to be nurtured to improve an individual’s understanding of their true circumstances, professional or personal. “When adults feel safe we tend to explore issues, while embracing a degree of vulnerability,” says Barsch.

As the demands on top talent increase, so too does the need for effective talent management interventions. Coaching Circles, which synthesise two already proven techniques – action learning and integral coaching – appear to allow organisations to tap into the best of both worlds and develop individuals while building more resilient organisations.