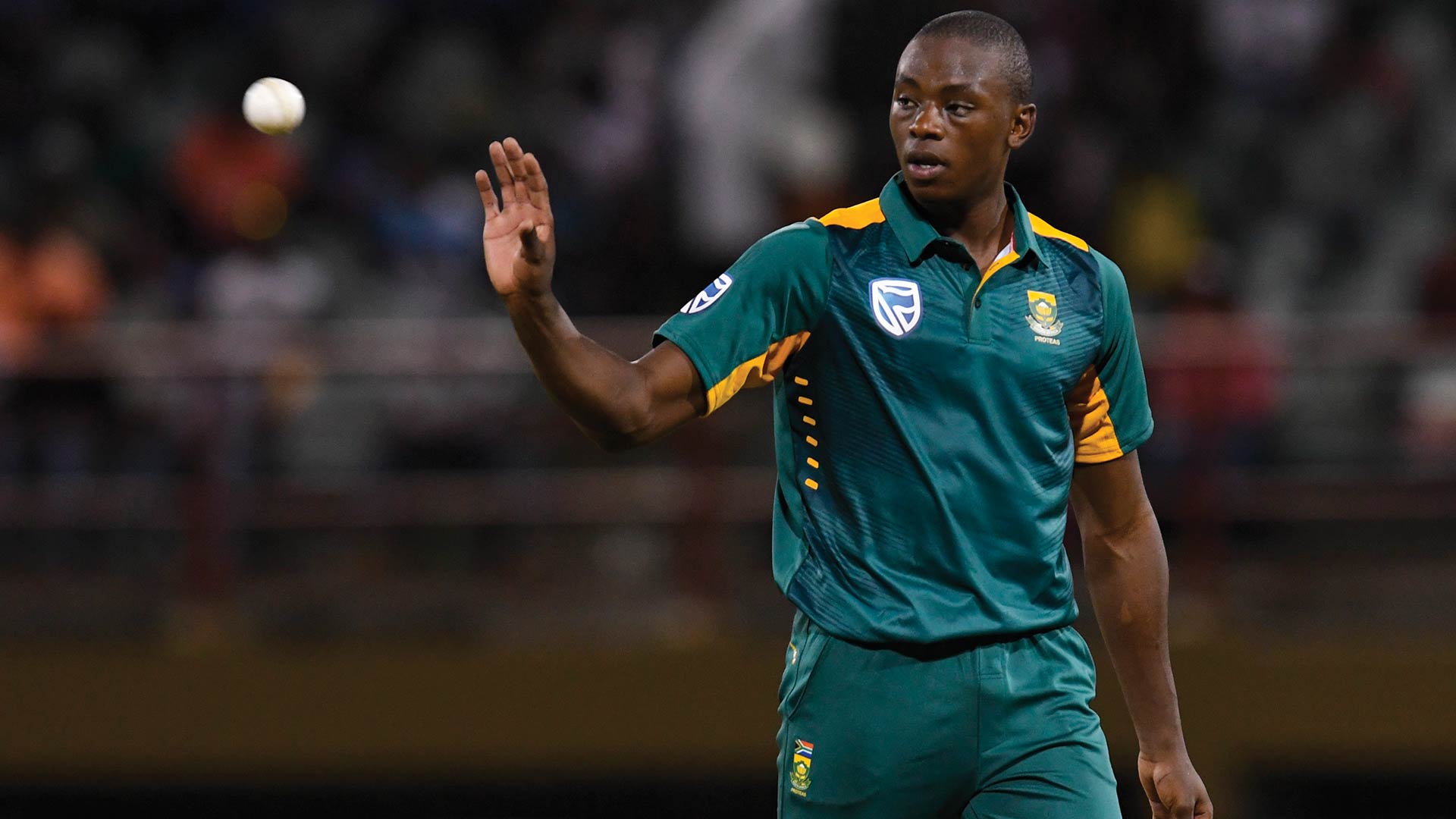 Fast, young and naturally athletic, Cricket South Africa’s latest sensation Kagiso Rabada is one of the most gifted young bowlers in world cricket and his star is only going to continue to rise.

Kagiso Rabada is probably the most exciting fast bowler on the planet and the next great hope for South African cricket.

The sight of Rabada ushering South Africa to victory in series wins against Australia, Sri Lanka and New Zealand is confirmation of what cricket lovers have known for some time: that there is something really special about this 22-year old fast bowler.

The natural order of things is for the old to make way for the new, and as one South African speedster begins the final years of his stellar career, another is starting his own in spectacular fashion on the global stage. A shoulder injury to South African veteran, Dale Steyn, left Rabada with an increased workload that eventually amounted to 51 overs during the first test against the Aussies. But he responded with seven wickets and earned a memorable celebratory embrace from his grateful captain, Faf du Plessis.

Rabada, known as ‘KG’ by his teammates, announced himself to the world with a six-wicket haul in the u/19 Cricket World Cup semi-final in 2014, blasting aside the Australians and taking his team through to the final, which South Africa won.

Nine months later, he made his T20 international debut against Australia in Adelaide. A year after that, the speedster was wearing test cricket whites in his maiden match in India. During England’s tour to South Africa, the lightening-fast right-armer claimed match figures of 13 wickets for 144 runs, giving him the second-best ever figures by a South African, and the title of the youngest man to take a 10-wicket haul in test cricket.

He’s been impressive ever since, and has been duly rewarded for his outstanding performances in the cricket arena. Rabada hit the record books for a six last year when he was named South African Cricketer of the Year.

2. Rabada recorded the best-ever figures by any bowler on his ODI debut. He shares the record with Fidel Edwards, the only two bowlers in the world to have taken a six-wicket haul in their first ODI.

3. After giving the Indian Premier League a skip last year, Rabada fetched an incredible R9.8-million at the IPL auction block and was snapped up by the Delhi Daredevils for the 2017 season.

4. Rabada is a right-handed fast bowler and a left-handed batsman.

5. He comes from a loving and supportive family, which includes his father, Mpho Rabada (doctor), his mother, Florence (lawyer) and younger brother, Atlegang.