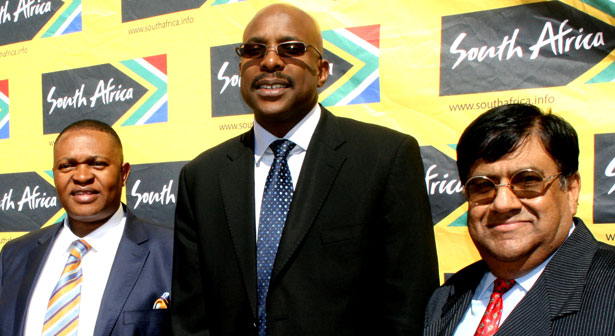 A fact-finding mission by the Department of Trade and Industry (the dti) to scan the Jordanian business environment and conduct market analysis has revealed that the Middle Eastern country is teeming with a range of investment opportunities.

The mission targeted the Jordanian Chambers of Commerce, the Aqaba Special Economic Zone and a host of other strategic government institutions. The majority of opportunities were found in the infrastructure, renewable energy, pharmaceuticals and Information Communication Technology (ICT) sectors.

According to the Minister of Trade and Industry, Dr Rob Davies, South Africa enjoys full diplomatic relations with Jordan. There is also an agreement on cooperation in the field of defence that was signed in 2000. “Despite these relations, trade between the two countries remains very small, with transportation of products as well as of people identified as the biggest obstacle,” he says.

The mission found that the ICT and health sectors have a lot of potential, with possible investment cooperation between South Africa and Jordan on healthcare. The country’s tariffs are very competitive, the duty is the same as with other World Trade Organisation (WTO) members and there are no restrictions on imports.

Davies highlights that potential South African businesses looking to trade with Jordan should opt for joint ventures as it is the best method of doing business in the country as recommended by the Jordanian Chamber of Commerce.

“Factors that were found to make Jordan an attractive investment destination were that it has a number of free trade agreements (FTA) that South African companies could take advantage of including the Preferential Trade Agreement with the European Union, Turkey, Canada, Singapore, the United States and the General Arab Free Trade Area (GAFTA). Goods exported from Jordan to these countries enjoy zero tariffs. There are also opportunities to invest in the Free Trade Zones to access the United States market of about 1 billion consumers without limitations,” says Davies.

He added that the Jordanian Chamber of Commerce was also looking at furthering discussions with South Africa with the aim of eliminating all barriers that have kept trading between the two at a low.