Profile of a responsible leader 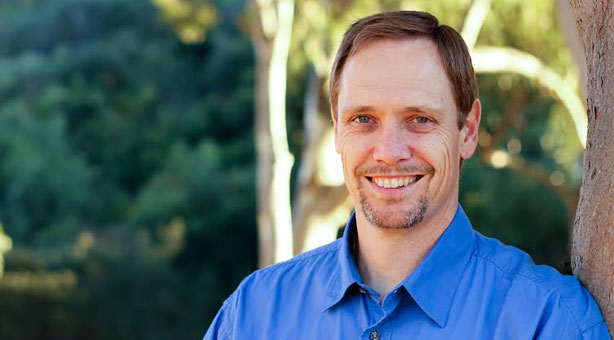 Dieter Jansen is a leader who has a passion for people and seeing them succeed. Building teams and creating leaders is something that comes naturally to him; and as a certified and experienced John Maxwell coach, trainer and speaker he plants seeds allowing people, teams and businesses to grow – creating and leaving his own legacy wherever he goes.

Dieter recalls: “In early 2000 (when I was 30-something) I was in charge of the Tiger Wheels foundry – a division of the parent company – and responsible for a R90-million a year budget. There were about 270 employees and their families dependent on my decisions. My management team consisted of approximately 12 people, the majority of whom came up through the shift system. There were one or two graduates (of sorts) but I felt that they needed more training. One day, whilst I was in Exclusive Books I came across a John Maxwell title, The 17 Indisputable Laws of Teamwork. I paged through it and felt that it could work within the foundry. Within a year as a team we went through four books during our production meetings and I saw everyone’s character change – including my own.”

This was not the only change. As a result, Dieter and his team installed world-class standards within the foundry. “John Maxwell takes a difficult principle and simplifies it – you apply it and it works – you don’t need to overthink it,” says Dieter.

“Around about that time I was recruited to do a presentation at an IT conference on ‘influence and building trust’ – and the response was massive. I realised that there was a career around that one aspect of my work and which I could really enjoy. So I enlisted with their (John Maxwell Group) Certification Program. I took to it so well that I was almost like the class over-achiever in our little syndicate!” says Dieter.

In February 2014 he started a consultancy on a part-time basis and the following August concentrated on it full time. “My passion is to help people to achieve more than they ever thought possible. It is about getting people to understand that they are far more capable and resourced to do things than they realise.”

According to Dieter, he is experiencing the normal ups and downs associated with a start-up business. “I do leadership training with corporates and individuals. I very-seldom go in with a pre-packaged program. I sit with a company and coach around its needs. I have got so much content at my fingertips from the John Maxwell material and my own experiences and can put a training course together for just about anybody and on just about any subject in the field of leadership.”

Dieter has clear ambitions: “Over time I want to be on the international stage – possibly involved in conflict-situations – I am inspired by groups like The Elders, founded by Peter Gabriel, (Sir) Richard Branson and Nelson Mandela. It has always been a dream to make my life count.”

If you have similar leadership ambitions, join Dieter as he hosts the Cape Town broadcast of the latest Live2Lead half-day, leader development experience on 21 October 2015 – designed to equip you with new perspectives, practical tools and key takeaways.

Learn from world-class leadership experts like John Maxwell – and others – Be prepared to implement a new action plan and start leading when you get back to the office with renewed passion and commitment.