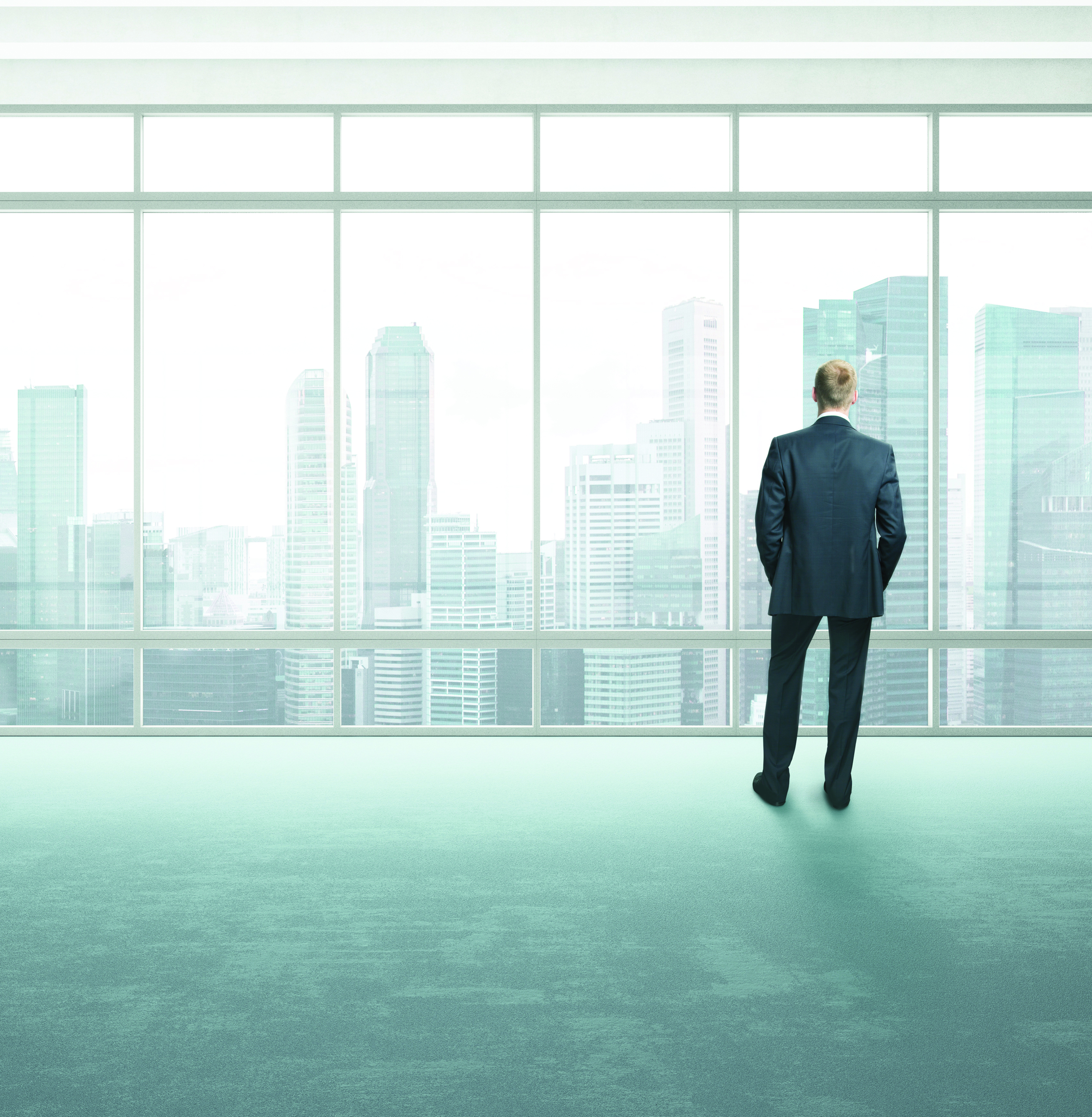 Creating a successful company is no easy task, and it can be just as difficult to sustain your success once achieved. The success of several top performing companies relies heavily on their leaders. Business owners are like fingerprints – no two are exactly alike – but despite their individuality, great business people often share certain traits that drive the success of their companies.

Someone once said, “Choose something that is in line with your own personal interest and passion, and it’ll never seem like work.” Peter Scott, founder and CEO of the famous DVD rental giant Mr Video, as well as CEO and Executive Producer of Spotlight Entertainment agrees.

He opened his first video store with only a burning passion in his heart and R500 in his hand. Sources close to Scott will tell you that his impeccable knowledge and passion for films not only earned him the affectionate nickname of “Mister Video”, but also led to the opening of the biggest movie rental franchise in South Africa with 200 outlets nationwide.

Scott’s passion for film did not fizzle out there. After the success of Mr Video, he started investing in the local film industry. He produces and directs several local films and is responsible for movies such as Babelas, Ek Joke Net and Angus Buchan’s Ordinary People.

“I owe it all to passion. It’s my secret to success. The most brilliant people I’ve worked with are passionate about what they do. They aren’t driven by money and fame. It’s a trait shared by many start-up founders and CEOs. Not only passion in yourself, but also the ability to instil that passion into your staff,” he says.

He explained that if you’re ambivalent or mildly enthused about your product, service, skill, or company, that’s not going to sustain you through the highs and lows that will inevitably occur. He adds: “If you find something you love enough to want to share it with others, that love will fuel and give you purpose.”

The advice to do what you love has become a bit of a cliché, but that’s easier said than done. Managing a successful company demands commitment and dedication – more than just being a regular run-of-the-mill employee.

Passion is one thing, but it needs to be backed up by sheer will and determination in order to run a company successfully. Scott highlights this point: “This might sound harsh, but people are lazy. Whenever possible, people will seek to accomplish whatever needs to be done with as little effort as possible.

“More often than not, it doesn’t pay dividends. Dreams, ambitions, and passion are great starting blocks, but without putting in the long hours and having mental patience, those dreams are fruitless,” he adds.

Annareth Bolton is CEO of Stellenbosch American Express Wine Routes – the first company who managed to establish an organised network of wineries in South Africa’s most famous wine region. Bolton and her company have been pioneers in establishing the wine tourism industry of South Africa back to its former glory.

With the sponsorship of American Express, the Stellenbosch Wine Routes provide a co-ordinated network of nearly 200 wineries, each offering a unique cellar-door experience for the wine-lover and tourist.

Today, South Africa is recognised as a global player in wine tourism terms, winning awards on an annual basis.

Bolton describes her success in business in three words: creative, fair, and hard-working. She highlights this with the story of how one woman’s determination helped her overcome the odds, and also inspired her to effectively run a company.

The story is of Maria Magdalena Marais, who was suddenly widowed with three children to support and not even a proper home to live in. Resourceful and determined, she took over her husband’s work, completing the building of the manor house together with the help of her two teenage sons. They worked hard to develop a thriving farm and established over 80 000 vines and so began a legacy that has lasted until today, almost 200 years later.

“Today, the farm is called Neethlingshof and her name has been memorialised in the estate’s award-winning single- vineyard wine called The Maria. It shows the power of hard work and determination and gives me hope for the future,” she says.

Bolton comes from a humble upbringing in Calitzdorp. She started working at Boets Nel at De Krans, helping with vintners’ lunches and later in the tasting rooms. During her time at Stellenbosch University, she was employed as a waitress to pay for her studies. She worked for Winecorp at Longridge Winery until 2007 before Stellenbosch Wine Routes offered her the position of CEO.

“It was many years of hard work and putting in the long hours before I could taste success. And it doesn’t stop there. Being the CEO is continuous hard work. You have to be the jack of all trades. Carry heavy boxes of wine when required; smile for a press photograph; meet print deadlines; run board meetings; attend restaurant launches and tons of business meetings,” she explains.

“Play dumb. Be boring. Don’t solve problems and above all, don’t be yourself,” says Martha Mendoza, author of Stop Talking, Start Communicating. It’s not exactly what you’d expect to hear from a communications expert, but these counterintuitive strategies are precisely what we need to interact productively and meaningfully in today’s business world.

She believes our overreliance on quick, cheap, and easy means of staying connected is eroding our communication skills. Speed steamrolls thoughtfulness; self-expression trumps restraints. Errors and misunderstandings increase and our relationships suffer.

A paper from research specialists Ernst and Young put 636 of their own Entrepreneur of the Year finalists under the microscope to see what made them tick. These highly- successful men don’t own small companies. In 2012 in the US, 95 percent of firms had fewer than 50 employees, while in this group only 18.2 percent fell into that range. They asked the finalists what they consider being their biggest strength, the majority (41 percent) answered their “ability to communicate and install passion”.

No one person can build a successful business alone. You must surround yourself with the right people, whether it’s family members, friends, suppliers, employees, sub- contractors, or business partners. It’s a task that requires a team that is as committed as you are. Capable and committed staff is a company’s biggest asset. “Good managers manage, bad managers micromanage. If you’re not able to persuade or convince people of a vision, then you have failed to properly motivate,” Scott says. Respondents of the Ernst and Young study also agree that people were their main priority as opposed to other established companies worldwide who believe that efficiency increases productivity.

Bolton is of the notion that no company or CEO is successful without a strong management team. “Each member must be a leader that knows and is accountable for his or her job responsibilities, and does not try to do the work of other team members.”

Avoid getting overly caught up in the high-tech world, but be aware of how to take advantage of it. Levelling the playing field with technology and the ability to remain nimble in an ever-changing market are traits shared by all the interviewed CEOs.

Scott and Bolton agree that leveraging industry trends is another habit shared by successful companies. Bolton believes staying on top of industry trends through reading, attending conferences, and joining trade associations is essential for CEOs to ensure that the direction and vision of the company is on course.

Scott feels that the biggest priority for his company’s future is to grow with time and adapt with new technology. He says that in order to run a successful business, you must be willing to embrace innovation.

Bolton says that while older and larger companies can innovate effectively, more established companies tend to resist radical innovation that might displace their existing revenue streams in the short-term. “Successful entrepreneurs know that their agility and propensity for innovation can make them an attractive investment, acquisition, or partnership target.”

Knowledge of the market

Petro Heydenrych, Chief Executive of iProp Limited, a multi-million Rand group involved in the development and sale of township land for commercial, industrial, retail and investing purposes, leasing, and managing of buildings, agrees that knowing your market is an important trait for running a successful business.

After major development on the East Rand did not pan out, Heydenrych and her company saw the old Rand Mine Properties (RMP) as property with potential. She knew the market was quite active and the congestion on the roads to the north of Johannesburg made it all the more promising.

“In this area, it’s people who come to live there that want to be in the area, people that run their businesses from the area. They need to be there or they want to be there. There’s no fashionable angle to that land. It’s because people want to be there,” she says.

Knowing your market inside and out can help with a targeted approach to marketing too. In the end, it will save you money, help you create and find engaging content for your audience on a more personal level. Ultimately, the success of your business will grow.

The lifeblood of any business enterprise is cash flow. Therefore, all owners and CEOs of successful companies know they need to be wise money managers to ensure that the cash keeps flowing and the bills get paid. “Managing your money wisely is one of the most important ways to gain a level of financial stability and independence,” says Bolton.

Heydenrych says that if your problem is debt, pay it off as soon as possible and avoid getting back into it. “It’s always better to be above zero than in the negative, not only for sleeping easier at night, but also for the stability and financial growth of your company.”