South Africa is giving the world a run for its money 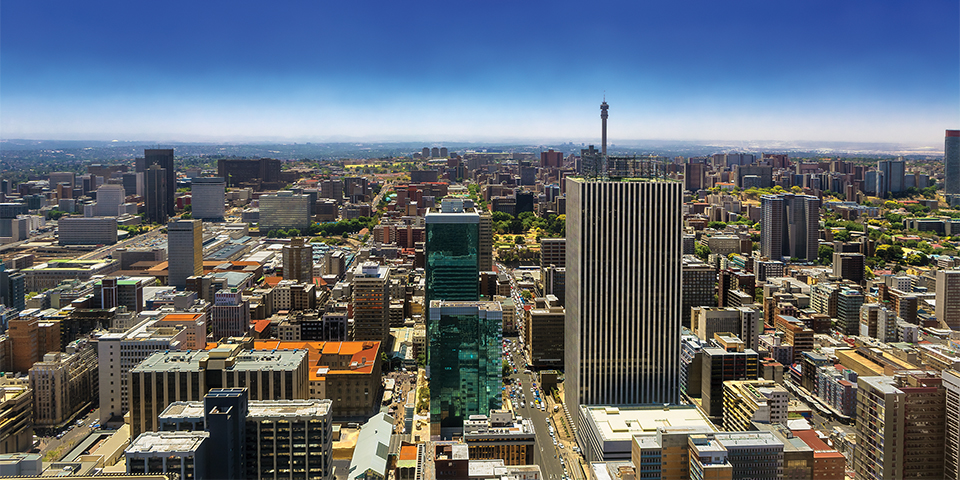 Despite the headlines, foreign and local investors should not lose sight of the fact that South Africa remains a highly attractive and sound investment option. But which sectors offer the best opportunity for international stakeholders?

A growing nation of entrepreneurs and resilient citizens, strong performing industries and revival of the rand are grounds for optimism in South Africa.

Africa is still considered the continent of the future – destined for massive growth and expansion in coming years, and South Africa – the gateway to that market – remains an attractive and viable destination for foreign and local investment.

The Global Investment Trends Monitor of the United Nations Conference on Trade and Development (UNCTAD) reports that South Africa experienced a 38% increase in foreign direct investment (FDI) inflows in 2016, translating to $2.4-billion (R31.15-billion). More than 2 000 European companies operate within South Africa and have created more than 350 000 jobs. The EU also contributes about R1.5-billion to infrastructure development for domestic and regional programmes.
Source: www.unctad.org

Investor confidence on the up

Paul Boynton, CEO of Old Mutual Investment Group, agrees that South Africa offers an ideal investment environment for foreign and domestic investors. “South Africa has generally been a good performer in the market and it remains a great investment destination. We believe that South Africa will continue to offer return that’s globally competitive.”

He says that the rollercoaster performance of the stock exchange shouldn’t frighten investors either. “South Africa has been through some rough patches in the past, but the prospect of economic growth on the continent is good.” He says Old Mutual has been buying into businesses with African growth prospects in mind. “The African market still remains robust compared with the global economic growth.”

Lance Solms, managing director of iTransact Investment Platforms, says that as a foreign investment prospect, South Africa has lots of scope for growth and return. He adds that despite our challenges, South Africa remains one of the most promising emerging markets globally.

He describes South Africa as an economic powerhouse, accounting for nearly 30% of the entire GDP in Africa. He adds that black economic empowerment presents a multitude of opportunities for foreign investors. “Positive changes are needed in our leadership to assist higher growth.”

When it comes to developing economies, South Africa still outranks other emerging countries like Hungary, Italy, Brazil and Thailand. International financial media agency, Bloomberg, recently listed South Africa as one of the most popular investor picks for emerging markets in 2017.

However, economists say that the continued political instability in 2016 has hurt investor confidence. According to Statistics South Africa, GDP expanded by 0.3% last year at the slowest rate since the 2009 recession.

But after falling to a three-decade low in September 2016, business confidence rose in the following three months. The Purchasing Managers’ Index (PMI) was above 50 points in January and February 2017 and according to national treasury forecasts, economic growth will probably rebound to 1.3% in 2017.

Christo Els, senior partner at Webber Wentzel, says that the 2017 investment outlook remains cautious and fluctuations in deal-making activity over the course of the year are not unexpected. “Compared to a number of its emerging market peers, South Africa is, however, still performing above expectations, which in time, should result in a stronger investment outlook.

He added that a growing sense of international ambition and factors such as the 2019 South African government elections and the continuing threat of a possible sovereign rating downgrade may continue to drive outbound M&A activity during 2017.

However, Els adds that despite the likelihood of increased outbound M&A activity, local legislative developments in 2017 may go some way to affirming investor confidence in South Africa. “The strength of our judiciary and the sophistication of the financial services market when compared to peers will certainly also be positive,” says Els.

Samkele Nkabinde, communications officer of marketing and corporate affairs at the Johannesburg Stock Exchange (JSE), says the JSE’s reputation as a well-regulated exchange also contributes to the overall image of South Africa as a desirable investment destination. “South Africa’s well-developed financial sector is often cited as one of the country’s strongest selling points and the JSE plays an important role in creating the ecosystem in which this industry can flourish,” Nkabinde says.

According to World Economic Forum (WEF)’s Global Competitiveness Index 2016/2017 edition, South Africa remains the top country in the world to attain financing through the local equity market and has one of the best-regulated stock exchanges.

The report ranks South Africa out of 138 surveyed countries as number one in financing through local equity markets, protection of minority shareholders’ interests, and strength of auditing and reporting standards. It also ranks South Africa number three in regulation of security exchanges.

Nkabinde says that it’s not only international investors who actively trade on the JSE, but multinational companies choose to list here too. “The best examples include British American Tobacco (BAT), Glencore Xtrata and the forthcoming listing of ABInbev – all three of which have resulted in the attraction of significant investment into the economy.”

He says that there are a number of sectors in the South African economy that continue to show great promise. These include sectors that have been identified in government’s industrial policy, like agro-processing, chemicals, automotive and transport industries.

“These targeted sectors will continue to benefit from a variety of incentives aimed at localising production and increasing local beneficiation. In addition, the country boasts one of the most successful renewable energy programmes, creating opportunities for investors to partner with the government to change the energy mix.”

The national renewable energy target is for 18 800 megawatts to be supplied by renewable energy by 2030. In just four years since its launch, the REIPPPP alone has already delivered 5 243 megawatts throughout 79 different projects, which accounts for more than a quarter of the target. Furthermore, Sithole says that the country is embarking on a major infrastructure rollout programme, creating opportunities for investors involved in the provision of infrastructure services.

The Mpumalanga and Limpopo provincial governments have set aside billions of rand for the expansion of infrastructure, more investments and public-private partnerships, including housing, water, healthcare and education infrastructure.

Solms highlights industrial output, mineral production and agriculture as the industries with the most promise for viable FDI. “Not only do we lead the continent in industrial output and mineral production – 40% and 45% respectively – but our agriculture and food farming industry will grow to meet Africa’s food needs in the future.” He adds that Africa’s working-age population is expected to be the world’s largest by 2040.

Sithole stressed that in the investment context, the financial meltdown as a result of the sub-prime mortgage crisis in the US in 2008 manifested itself as a lack of liquidity, resulting in investors facing great difficulty in raising capital from debt and equity markets.

“This has slowed down investment considerably. It’s only recently that financial markets have started firming up again. What’s encouraging, especially for a heavily resource-dependent country like ours, is that commodity prices are improving and hopefully, this will translate into increased investment in the sector as companies look to take advantage of the upswing in the commodity cycle”, Sithole says.

Boynton says that one of the most under-utilised opportunities to drive economic growth is through the investment of private equity. “The long-term and growth-focused nature of private equity investments means that it can contribute positively to the economy through job creation, transformation, sound governance practices and enterprise development,” he says.

“Infrastructure investments are becoming an essential component of many investor portfolios due to the fact that they generate predictable cash flows and competitive real returns over the long term, with relatively low levels of risk,” says Boynton.

Boyton also refers to the tourism and renewable energy and infrastructure as prime examples of such industries. “Tourism has shown incredible growth and it presents South Africa with big economic opportunities.” He says that the volatility of the rand, the revised visa regulations and Ebola crisis in West Africa has led to an increase in tourism traffic to South Africa.

CEO of Thebe Tourism Group, Jerry Mabena, reiterates this and says that the company has great confidence in the potential for investment in South Africa’s tourism sector, which stems from the knowledge that sustained efforts to transform the tourism sector are paying dividends.

“Emerging domestic tourism businesses are ripe for investment, and attractive opportunities exist for international and local investors,” Mabena says. He adds that the key to unlocking the huge potential for growth and investment in tourism lies with transformation and “to serve a greater number of our own fellow South Africans.”

Glen Gillis, CEO of Sea Monster Entertainment, a digital creative company, says that South Africa’s digital economy, the most developed in Africa, knows no borders. “The sheer amount of talent that South Africa is producing in the technology sphere is staggering.

“Investment in this sphere will allow SMEs to scale their businesses to meet international demand and build South Africa’s reputation as a hub for excellence in software, media and more,” says Gillis.

He adds that South Africa is capable of creating a massive number of jobs, including foreign exchange earnings. “But these wouldn’t come from a few large factories but rather from hundreds of smaller companies each contributing to the economy as a whole. Government has a big role to play, but the reward will be significant, and ultimately, the capital needed is far less than let’s say, manufacturing,” Gillis says.

Christina Watson, CEO of Via Afrika, is of the opinion that in the long-term, a healthy, growing economy secures any investment.

She says that ‘blended learning’ – education through both an online and classroom component – is one way of ensuring that all South African learners have access to high-quality education, enabling them to actively participate in growing the economy in the future. “Investing in the educational technology industry should therefore be given serious consideration,” says Watson.

Political issues aside, most analysts expect the country’s economic recovery to pick up pace in the coming years. Watson says that the fundamental principles to “buy low, sell high and invest with a long-term view still apply”.

“Now seems to be the ideal time to invest in South Africa. Investors should also remember that while the overall growth rate has been somewhat low, the growth rate per sector varies, including the performance of individual companies on the JSE. There’s still good value and performance to be found in South Africa,” Watson concludes.

An industry breakdown market cap from JSE (from period 2007–2017) shows the growth performance of various industries in South Africa over the last decade. While some have dropped significantly, others have gained serious momentum.