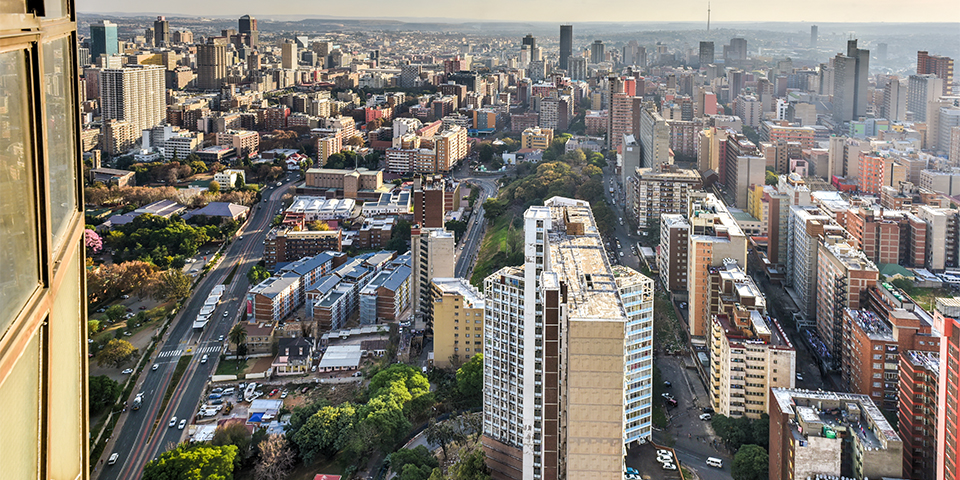 In the globalised 21st century, cities are places of cultural diversity, energy and idea-generation. Large urban hubs are where business deals are born, economies tick and life is vibrant 24/7. Jane Jacobs introduced the notion of social capital in her book titled The Death and Life of Great American Cities. Social capital represents the bonds between people; the networks, which individuals develop from being in close proximity to one another; and interacting on a frequent basis. Cities’ physical fabrics facilitate networking and interaction and are thus the places where social capital gains are the greatest. Networks and knowledge form essential elements of thriving city life.

Over the past century the booming activity of cities has come at a cost; the consequences of resource-intensive industrial production processes and lifestyle demands that cities have generated are now, more than ever, being felt across the globe – from resource scarcity and wildlife endangerment, to nancial stress and inequality. Equally however, there has never before been such emphasis and effort placed on more sustainable means of growth. As much as cities have been the cause of global problems they are very much the heart of the solutions. The world is relying on cities to create a more sustainable and liveable future for us all – a tall order indeed.

South Africa’s future is now well and truly urban. Approximately 70% of the country’s population resides in urban areas2, more than half of whom are in the eight metros. Furthermore, the largest urban centres now contribute almost 60% of national gross value-add3. Read these two factors together and South African cities hold two very important assets for the country: the majority of its people and the growth of its economy. However, metro governments receive less than 10% of the total collection of national revenue.

As the country heads into a dif cult economic period, it is imperative that our cities are supported to play a leading role in galvanising the energies of the range of stakeholders invested in urban space to invest and contribute in a manner which builds a transformed urban South Africa. In transforming the urban space, economy will have ripple effects which run throughout our country.

If we are to develop a more sustainable future and carry us through the turbulent times ahead, the two greatest crippling elements to overcome are inequality and the spatial inef ciencies of our urban landscape. South Africa consistently ranks amongst the most unequal countries in the world. Inequality is most stark in the large urban centres and persistent inequality is irrevocably linked to the inef cient and unequal spatial patterns of our cities.

The scars of aparthied spatial planning run deep throughout our societies. They are present in the poor levels of access previously marginalised communities continue to face: access to quality healthcare, education, social development opportunities, employment and economic opportunities – all of the aspects of urban life which help to reduce inequality. The location of a neighbourhood continues to play a disproportionate role in the access one has to opportunities. A child born in Orange Farm still does not have the same opportunities as a child born in Sandton. Reducing this gap has to be at the centre of transformation efforts.

The transformation of the urban space economy is at the heart of building a more inclusive, sustainable and productive South Africa. Our cities can no longer continue to perpetuate inef cient land-use patterns which give rise to low density, urban sprawl and preclude access to the urban poor. Many urban ef ciencies are gained through more compact urban living environments, equipped with parks and open space networks to support healthy living conditions. Furthermore it is these very conditions that strengthen the social capital which gives cities their dynamism.

Local governments – in particular the metros – face the triple challenge of improving living conditions in previously marginalised communities, dealing with rapid levels of urbanisation as more and more people ock to the cities and place pressure on resources and infrastructure; and then trying to invest in economic infrastructure and services which lay the foundation for transforming future growth. This is no easy feat. The fact however remains that our future as a country depends on what happens in our cities.

Metro governments cannot be expected to achieve sustainable development alone – it will require a collaborative effort from other spheres of government, as well as business and community partners. Cities are not built or made by governments alone, rather by people, energy and opportunity. There is no time more important than now to equip city governments with the tools necessary to enable its partners to maximise the potential that urban centres present.

The following three points need to be re-emphasised:

If we agree on these sine qua nons the next stage of the discussion is around the type of future we, as a South African collective, are working towards and how is it envisioned that municipalities can both support and be supported to make the vision a reality.

There needs to be a greater collective understanding of what our economy (and in turn what our cities) will look like in the future. The National Development Plan to some extent has built a more collective awareness about where we want to go, but more needs to be done. We are now 14 years away from 2030 and we have to ask ourselves honestly how far we have come and if we are working hard, and smart enough, to achieve Vision 2030.

Business is an essential element of the economic activity and productiveness of cities. Municipalities through their investment in and co-ordination of infrastructure and services provide the environment in which businesses ourish. Business intrinsically has its eye on the market, which is increasingly globally competitive, and should thus lead in identifying opportunities for economic growth.

The municipality is tasked with creating the most conducive environment possible for business to thrive4. However, at the same time it has to ensure the public good by creating more inclusive access to opportunities for deprived communities as well as sustainable growth. Greater dialogue is required between these two important stakeholders.

Currently metropolitan municipalities derive no direct tax revenue from business performance. The result of this is that there is no direct incentive for municipalities to be having the kind of strategic economic growth discussions with businesses who operate in their jurisdictions.

Some form of local business tax is a trend internationally and the most recent State of City Finances Report 2015 recommends that government explores the possibility of some form of local business tax to strengthen local municipal revenue and, perhaps more importantly, to incentivise stronger dialogue between municipalities and their business stakeholders. Yet, there does not seem to be a consensus view throughout government in this regard.

The structure of the local economy, and what it means to do business in the city, is inextricably linked to the physical urban environment. Urban economies are underpinned by a set of hard and soft infrastructure networks which facilitate life in the city. Building a more collective understanding of the type of cities we want to live in come 2030 is as important as arriving at a shared view on the type of economic activity we wish to take place in South African cities.

What exactly does an inclusive, sustainable and productive urban economy look like in 2030 in South Africa and what is the city fabric that supports it?

Each of the urban centres in South Africa provides different sets of market opportunities and as such will require differentiated strategy and support. Achieving context speci c outcomes will mean that those who actually make investment in space should be leading the strategic thinking.

Cities present our greatest opportunity to overcome the many challenges which lie ahead. The social capital which makes cities tick will continue to exist and grow in the ever expanding conurbations. However, global experience demonstrates that where investment at the local level is co- ordinated and strategic the impact of social and economic networks is amplified.

The cornucopia that cities are capable of generating is best reflected when the energy of people meets a healthy range of opportunities for them to explore. In South Africa, metropolitan municipalities need to play a leading role in both supporting the creation of opportunities and enabling people access. Importantly they themselves need to be supported and enabled to do so.

The transformation journey in South Africa is ongoing. What we have achieved over the past 22 years is commendable, but carrying on in the manner which got us to this point is not going to serve us well into the future. A change in the way all of us do our business is required and cities are just those kinds of dynamic places where change can be manufactured to improve the lives of generations to come.