Why I’m Learning To “Code” 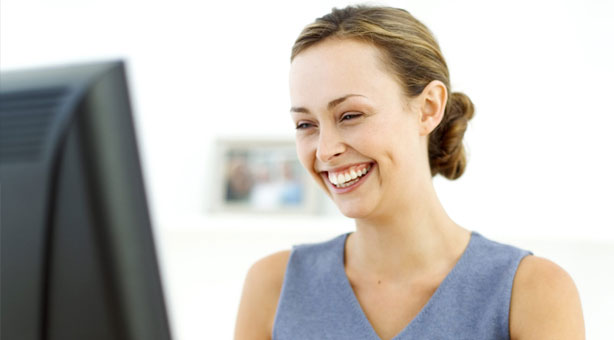 Women need to learn the ‘code’ of the male professional to get ahead at work, says Ann Hyams.

Learning to code is the on-trend skill to add to your CV, especially for millennials. And while HTML and CSS are all on my ever-increasing to-do list, I’ve decided to prioritise a different language. It’s one that’s elusive to 50% of the population, but crucial if you want to climb the career ladder: the ‘code’ of the male professional.

Since university I have worked in two male-dominated offices and, to my own surprise, I have come to agree with commentators such as Michelle Miller, author of The Underwriting, who has written very frankly about the unconscious bias that pervades many corporate environments. I now believe that being successful in the workplace necessitates ‘thinking like a man’ and have been observing typical behaviours and noting the ‘code’ that fosters success. Here’s what I’ve learnt:

Men tend to have a natural corporate confidence, which allows them to portray a high degree of capability and command a room effortlessly. Many seem to believe they are the best, the brightest, the funniest in the room. Women, on the other hand, often have more doubts in themselves and also externalise these doubts more obviously.

This combination automatically puts women on the back foot in the office. The well-known office culture of banter and constant male competition creates an office social and professional hierarchy that women don’t enter, but are parallel to and therefore judged against a completely different set of measures.

So, if women are naturally separated, how do we establish ourselves as confident and capable, but not pushy or bullish? We could try to unlock this parallel office culture by joining in, or we could ignore it and try to establish ourselves in alternative ways, accepting that we just can’t be one of the lads. But ultimately office confidence is about demonstrating self-belief in your work and your professional achievements. To this end, finding a good mentor, male or female, can really help to build your self-confidence at work. Someone who will champion you, support and help you realise that you’re just as capable as those around you to deliver a great result.

At work I often shy away from unknown situations and unfamiliar projects or teams. This is odd because in social situations I behave in the opposite way; I love trying new things, exploring new places and meeting new people.

Why does work switch my usually extroverted personality into an introverted one? And why does this matter? Time and time again I witness the opposite happening to the men around me – many of them are socially fairly introverted. However, put them round a board table and they transform into alpha males, super-confident and extremely impressive characters.

The typically male characteristic of putting yourself forward for all opportunities and being willing to take risks positively impacts both stature and success; vocally opting in is key. And inherent self-assurance enables risk-taking and contrasts with the female tendency to doubt our own abilities, obstructing visions of success, discouraging risk-taking and ultimately holding us back.

So try to take a ‘risk’ a week – have the confidence to put yourself forward and negotiate any doubts you have after the meeting.

If one of my male colleagues achieves something, we all know about it. Men are notoriously good at self-promotion. I played tennis with a mixed group of friends a few weeks ago and every time the guys hit a winning shot they shouted about how good it was, and conducted exaggerated (granted humorous) celebrations with each other. Conversely the girls rarely congratulated a good shot and instead would apologise if they hit the ball out. Similarly, I recently visited my friend’s office and found a reception-style silver bell on his desk, which he rings every time he ‘does a good deal’.

Both situations highlight how men legitimise self-promotion through the use of comedy – overzealous celebrations on a tennis court or a comical bell on a desk achieve the same aim of ensuring everyone knows they’ve achieved something. Now I’m not proposing everyone goes out and buys a bell for their desk, but there are more subtle ways of self-promotion that are crucial to get your hard work recognised. Sending final recommendations or proposals that you’ve worked on to other members of the team, or just having discussions with colleagues about what you’ve achieved can go a long way to promoting yourself without the ‘bell effect’.

Although I may not be able to add ‘male-coding’ to my CV, I do believe that it will be just as beneficial to me as computer coding. Learning how to progress in the workplace socially is just as important as the professional skills you learn. And you never know, I might get onto the computer part later on … but for now I’ve got my hands full.