Women are ‘held to higher standards’ than men at work 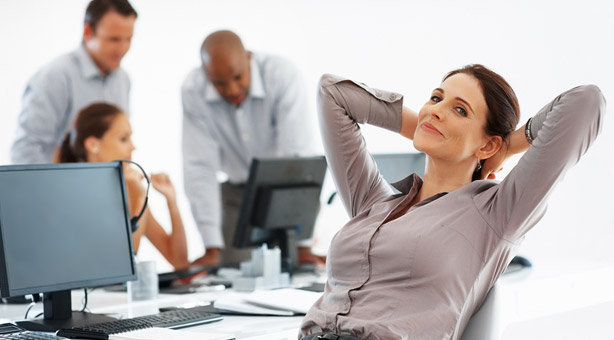 The US public thinks the main reason women are held back at work is the way they are judged.

The question of why women don’t hold more top jobs in business and government is a controversial one. Despite all the progress that’s been made, women still account for just around 23 percent of FTSE 100 directors, and 8.3 percent of executive directors. The figures are even worse for the FTSE 250. While most of us here in the 21st century have moved beyond the idea that this is because women are not as good at their jobs as men, some still claim the lack of women leaders is mainly as a result of family commitments, or female executives not speaking up for themselves. A new poll suggests otherwise. The study by the Pew Research Centre showed 79 percent did not agree women were held back because they were less capable managers than men; and just 9 percent thought a major factor holding them back was that they weren’t tough enough.

Instead, it found the two things most commonly cited by the public for holding women back: businesses are not ‘ready’ to hire female leaders; and women are held to higher standards than men.

It’s worth noting that the poll asked the opinions of the American public, but it’s not hard to imagine this is also reflects world-wide. Research based on peoples’ perceptions can also be misleading, but this could still be a good indicator as to the likely root causes.

The poll is supported by evidence from a Fortune study into performance reviews conducted last year. Its analysis of 250 American reviews found that 58.9 percent of those evaluating men contained critical feedback, whereas 87.9 percent of those received by women did. What’s more, men’s negative feedback was predominantly constructive; whereas women’s was much more likely to be personality-based and negative, with the word ‘abrasive’ particularly likely to come up.

Depressingly, the Pew poll found that despite advances in gender equality, a small majority (53 percent) of people, 55 percent of those women, thought men would continue to hold most of the top jobs in the future. Clearly there’s much more work to be done.